The Power Of Your Words. 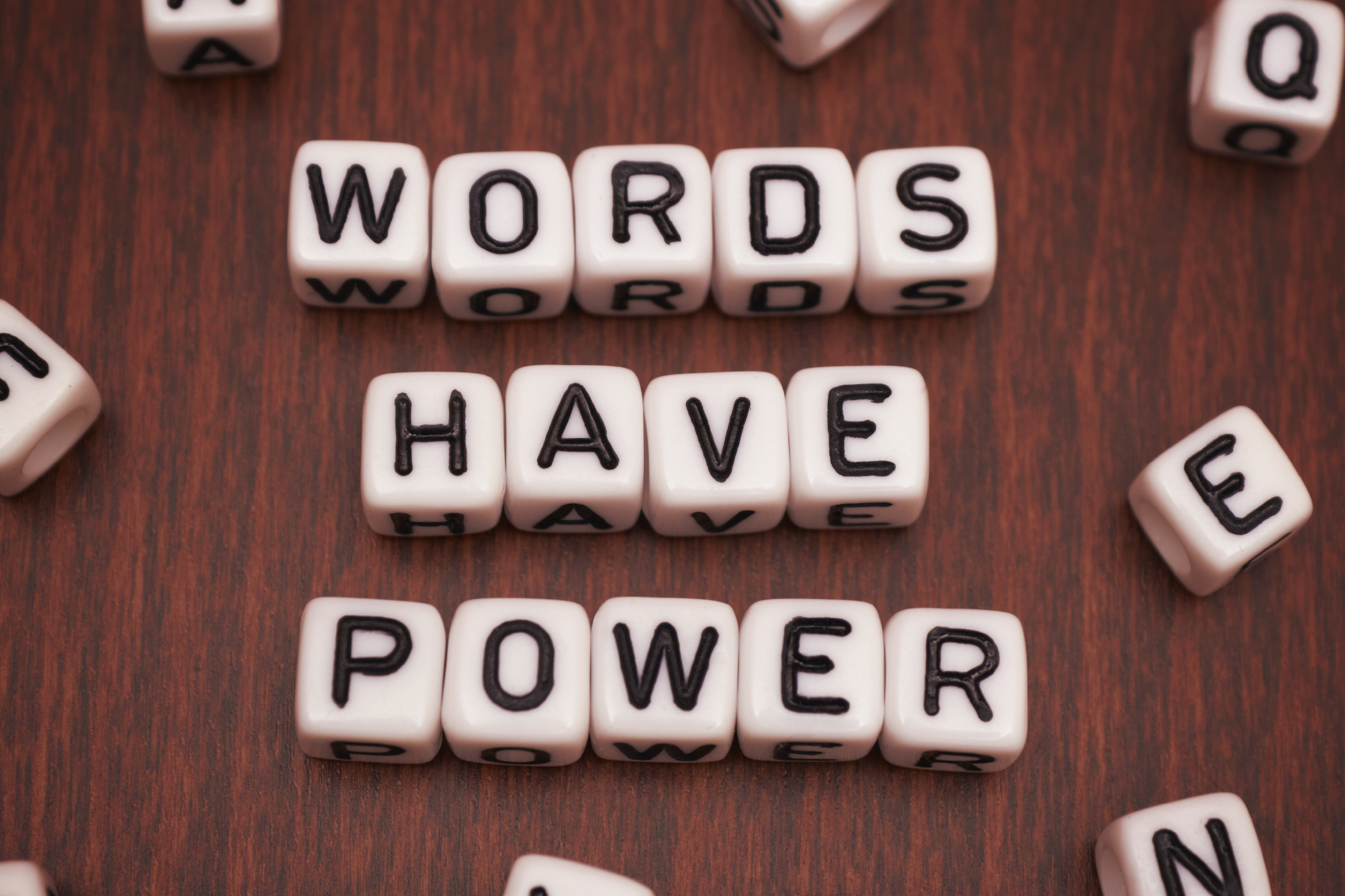 Parents, your words have more power than you can imagine. Your children, and mine, will grow up believing the words they hear us speak to them. Obviously this could go either way: positive words build up, negative words tear down. We hold their tiny hearts in our hands like a fragile work of art. It's up to us to be cautious with our actions, but also our words!

I read a story, a few months ago, about a boy who grew up being told by his father that he was a wimp. For years the father tore his son apart with his words. And when the boy grew fond of playing the piano and discovered he had a gift for music, his father only heightened his verbal attack. By the time the boy left home, he had given up on his dream of playing the piano. By the time he reached the age of 30 he was alone, never finding the courage to talk to, nor commit to, the woman who admired him. His father had verbally torpedoed the inner fibers of his soul in such a way that it left his self-esteem paralyzed.

Reading that story struck a cord with me. How many times have the words I’ve spoken to my children left them damaged or weak? How many times have I verbally bulldozed over them or left them drowning in a wake behind me because I simply wanted them to understand me or “get” the point I was trying to make? You may be asking yourself the same questions.

Honestly speaking, I’ve never called my sons names like “wimp,” or told my daughters they were “stupid” or “ugly”. Nothing like that. But I have lost my temper with them. I have ignored them when they were trying to tell me something. I have used harsh words during a lecture, as I tried to prove my point. They have heard me fight with their mother over petty things. And, I’ve seen the looks on their faces when I’ve raised my voice or snapped at them.

Our words have so much power. They can build up and in an instant destroy everything we’ve worked for.

Over the past week, I’ve been thinking about my own life and the words I speak to my children. I’ve put my own behavior under a microscope, so-to-speak, and this is what I’ve discovered about ‘words.’ I believe there are 4 kinds of words, we speak, that have the potential to tear down and destroy or build up and encourage.

I’ll begin with words that tear down and destroy:

This needs no definition. Any intelligent human being knows what these words sound, and look like. Chances are, you’ve had several of these words spoken to you over the course of your life. Perhaps even by your mother or father, growing up. These are the words that carry the strength of a thousands sticks of dynamite. They can destroy, in an instant, what took a life-time to build up. I’ve found that these words come in many different forms.

First, there’s the obvious- stupid, wimp, loser, slut, baby, failure, etc. etc. But hurtful words can also come in the form of lectures or frustration. I’ve found that when I lecture my kids, trying to prove a point, nearly the same damage occurs as if I used words such as the examples at the beginning of this paragraph. I’ve also found that being overly frustrated or irritated can deliver the same blows as speaking nasty words.

Saying nothing, remaining silent, pretending not to hear, or ignoring all-together is unbelievably destructive. Being so distracted by my phone or what someone else is saying when my children want to tell me something they did at school, or show me the picture they just drew, carries the same destructive power as as a verbal assault. We say so much, as parents and spouses, when we say nothing at all. We speak volumes when we remain clammed up or uninvolved.

On the other hand, there are words that build up and encourage:

You are beautiful. You have so much talent. I believe in you. That picture looks amazing, you are such a gifted artist. I love your smile. You have a caring, gorgeous heart. God made you beautiful and He thinks you’re precious!

It just kinda gives you the warm fuzzies all over to hear these words, doesn’t it? We all crave words like this. So do our children. While hurtful words, or no words, destroy and tear down, kind words build sky-scrappers of self-esteem. Every time I speak words like this to my children they come to life. Much of their confidence is hanging in the balance of my words. Your children’s confidence is too.

These are the words I need to speak, and you need to speak, after we’ve caused damage. I’m sorry. Please forgive me. I was wrong. As powerful as kind words are in building self-esteem, healing words carry a lot of the same weight because they have the potential to restore. There have been times where the healing words I’ve spoken to my children are just as powerful as kind words.

This came to life for me a few weeks ago. I was speaking on the main stage at my church (or big church as some of you might call it ;-)), and my entire family came to hear me. This included my mom and dad. They all sat in the second row, just 15 feet away from me, in a auditorium that seats 2400 people. After the service, when we were all back at our house, my dad walked up to me and said, “As I watched you preach, I thought- ‘that’s my son up there!‘ You did great! I’m proud of you.”  Wow!

You have to understand- growing up my father and I did not have a great relationship. He was always working, and when he wasn’t, he was irritable and frustrated. I didn’t hear many atta-boys growing up. In fact, a lot of times, I heard the opposite. But in that moment, a few weeks ago, all that faded away. The healing words my dad spoke, righted a million wrongs.

What kinds of words are you speaking to your children? Are they positive, kind and healing, or are they negative, hurtful and destructive?