3 Reasons Why Students Are The Funnest. (MOVE Part 1) 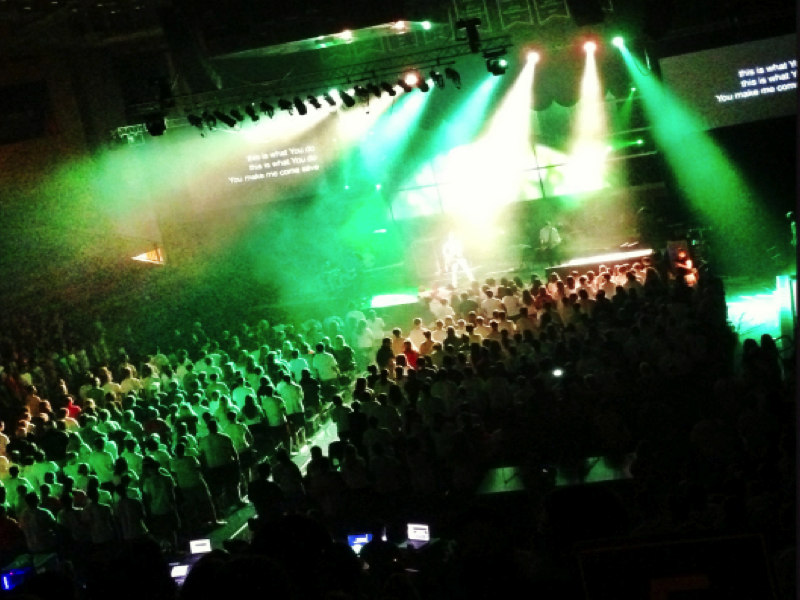 I've spent the past few days in Holland, Michigan at Hope College for MOVE Conference with 1500 high school students and fellow adult leaders. To say that it's been great would be an understatement. It's been a truly moving experience, for both adults and students. Unfortunately, there's not a plugin available for WordPress that would allow me to bottle up the emotions, experience, or life-change that's occurring right now and share it with you through this post. I'll have to settle for word and picture!

I love hanging out with our high school kids. At the church I serve with, East 91st Street Christian Church, we are blessed to have some of the coolest High School and Jr. High students on the planet. I’m humbled that I get to spend a week like this with some of them.

For the past few days I’ve been taking it all in. Through conversation and observation I’ve been taking notes on the current student culture and have circled back around to some understandings that have caused me to stand back and say to myself, “High School students are the coolest and funnest people on the planet!” I know, I know, “funnest” isn’t a real word! You don’t have to send me an email or leave a comment saying that. I’m aware. I just figured in a world where Apple gets away with using it in their commercials, I could probably get away with using it in a blog post! 🙂

Here are my 3 reasons why high school students are the funnest people on the planet:

1. They have no inhibitions!

Crank up a Fallout Boy song and watch the chaos come to life! I’m talking 1500 students jumping in-sync, causing the foundation of the arena to rock. They think nothing of jumping out of their seat to form a conga line either. And there’s not so much as a flinch when the emcee calls for volunteers to come up on stage. The people around the room who are standing and observing, are the sleep deprived adults, not the students. On 3 hours of sleep, they’re engaged. Besides, who else would dance with a giant panda bear? I’m serious, last night 2 giant panda bears, name Ping and Pong, came out from back stage and the students danced with them (see pic below). It was hilarious!

2. They are all passion, all the time.

We adults could learn some lessons from them. When you talk to a teenager or interact with them, the conversation is full of passion. Everything from the guy or girl they like, to how awesome the band is, to how jazzed they are to have a new long-board to skate with. Trust me, all passion, all the time! Here’s the powerful take away: when their passion is focused and centered on a cause or an initiative, like being part of the Kingdom of Christ, and giving everything to it’s movement, look out world! Things are going to change.

There was a kid who passed me yesterday wearing a shirt that said, “Awesome Lives Here.” That’s just funny. You would never see an adult wear a shirt like that because their fear would be that every other adult would look them up and down and criticize them for being cocky or arrogant. Not so with teenagers. This kid was probably a little cocky but that’s okay. It’s in his DNA as a teenager. He’s entitled to it a little. The shirt just made me laugh. He was also sporting neon green ray-bans and baggy board shorts. He’s probably the life of the party in his youth group. He got a good laugh out of me!

MOVE is awesome! I love this conference. I love their intentionality toward students, particularly high schoolers. They are raising up world leaders and Kingdom workers and it’s exciting. I can’t wait for my pre-teens to get to this event in the near future. They are already attending another conference, equivalent to MOVE but geared toward their age, called Super-Start. If you have pre-teens, check it out. It’s a blast!

Do you work with high school students? What are some other things that make them the funnest? Comment now.