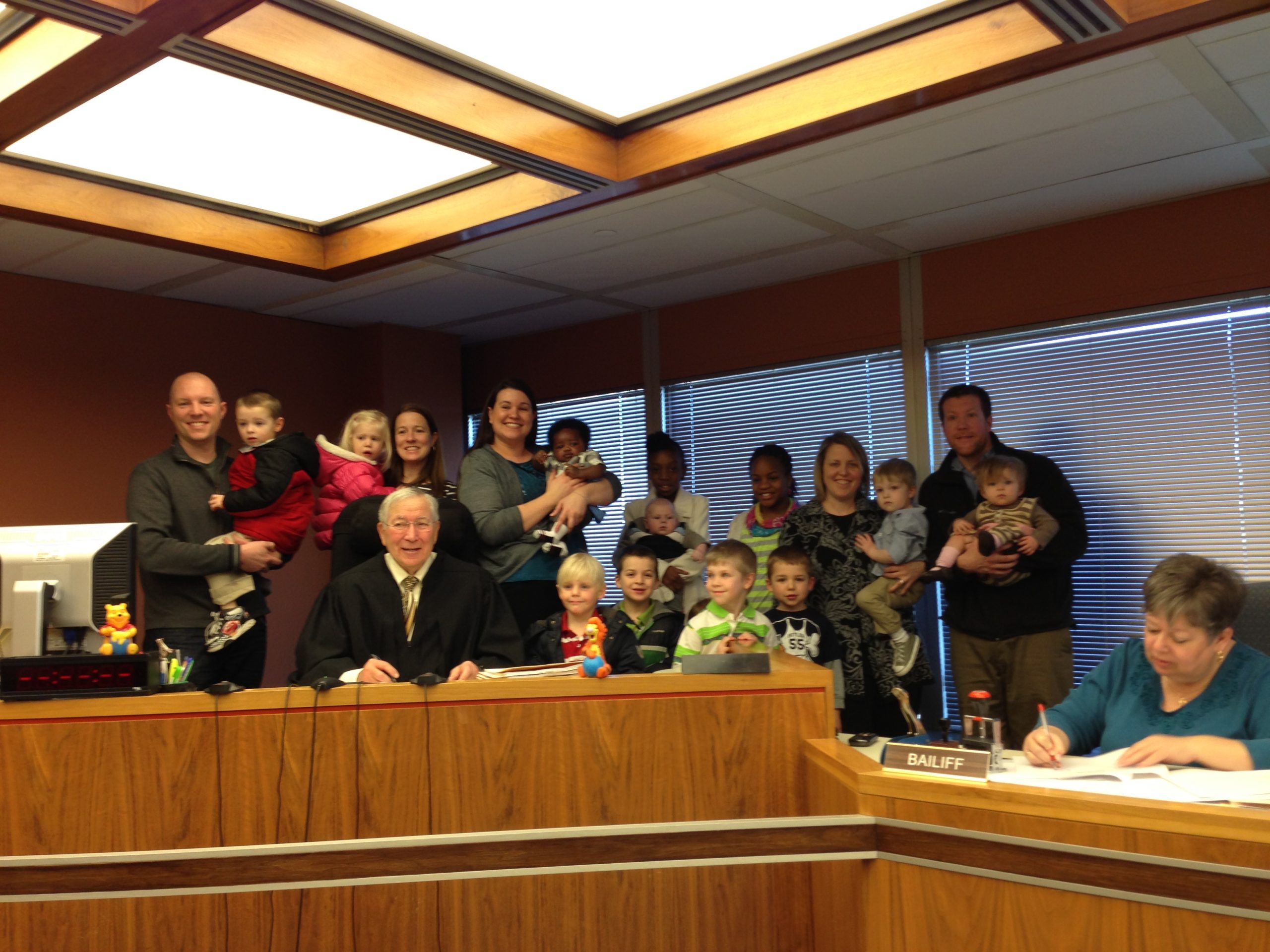 I didn’t think I would, but I did. Every time I hear those words- “It is the court’s decision to grant this adoption, congratulations!” it gets me.

A few days ago our good friend finalized the adoption of her son. That’s part of the procedure, in case you didn’t know. After your son or daughter arrives home there’s a waiting period and then you receive a call with a scheduled hearing- aka, your “adoption day,” as we refer to it.

It’s beautiful because it’s family. It’s a precious child. It’s the sign of new beginnings. It’s a home. It’s a man or a woman who can now ‘forever’ call themselves mommy or daddy. It’s as awesome as being at the hospital when a couple welcomes a new baby girl or baby boy into the world.

It’s a celebration! Trust me, the way we celebrate cannot be denied. Most people bring grandparents, and a friend or two, to the courthouse as witnesses when the adoption is finalized. We bring an entire village! Our support system loves this kind of thing. In the 12+ adoptions days we have personally been a part of, it wasn’t uncommon to see 20-30 people (including kids) roll into the courtroom.

I always love the judge’s reaction- “Wow! Did you bring the entire town with you?” he or she has been known to say. Our crew has to be told repeatedly, while waiting in the hallway of the courthouse, to be quiet by bailiffs and lawyers. Hilarious!

You just can’t cap this kind of excitement. It would be the equivalent of telling a Justin Bieber fan to enter one of his concerts quiet and calm. Not gonna happen!

I think one of the biggest reasons I get emotional when the pronouncement is made, is that from a spiritual perspective I believe adoption is a snapshot of the heart of God. The Bible says that He adopted us all as His sons and daughters. Wow! The Creator of the world, adopting me? It’s overwhelming to think about.

Yes, we celebrate. And for good reason. There is nothing sweeter than hearing the judge pronounce that your adoption is final. It’s more than closure (unless you’ve adopted from the foster care system, then you’ll take closure- ;-)). It’s the start-line of a new and exciting journey!