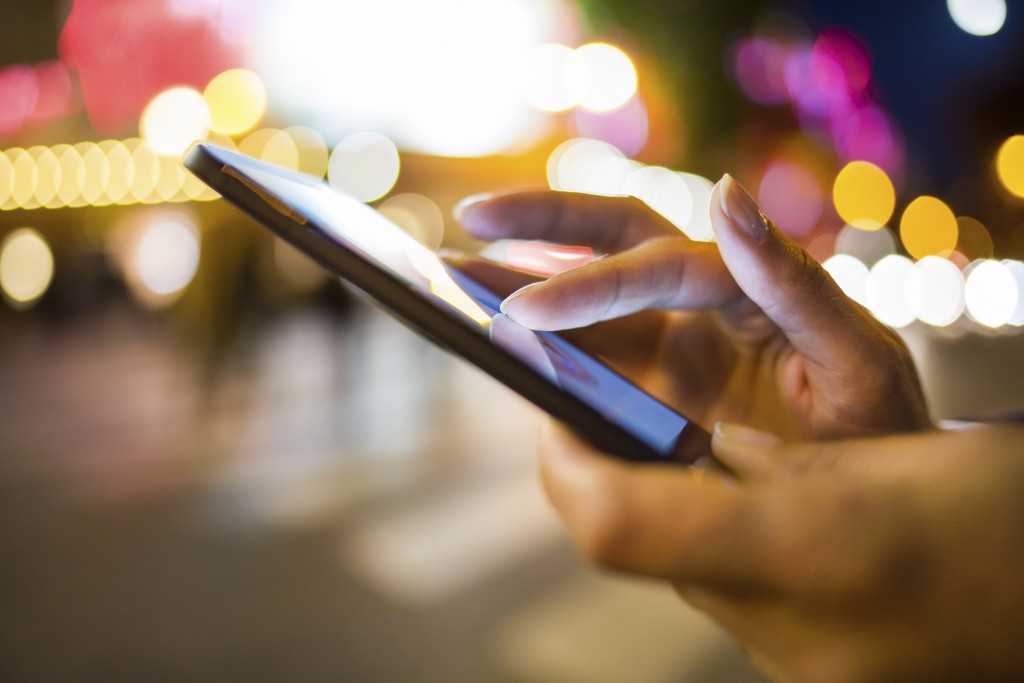 Editor's Note: This is a guest post from our good friend and fellow Indianapolis resident, Jackie Bledsoe. He is a professional blogger, author, and speaker, but first and foremost a husband and father, who encourages men to better lead and love their families through his blog, JackieBledsoe.com. He's the author of the book and co-host of the show, The 7 Rings of Marriage™. Click here to follow Jackie on Twitter.

Cell phones are convenient. Especially when you’re a parent. But sometimes we can go overboard on checking in with our kids and tracking their every move. How do you find a healthy balance with allowing your children some freedom and making sure they are safe?

My wife and I were on the slow side as far as allowing our daughter to have a cell phone. Our daughter got “her” first cell phone several months after turning 14, and even then we were reluctant. Since then the cell phone has been somewhat beneficial, but has also brought some, no, a lot of challenges.

As a result of her use, or misuse of “our” cell phone (notice how it is now “ours”), we’ve restricted her use and have taken it from her altogether on several occasions. Some of those restrictions have lasted a loooooong time. But this past week we were trying everything we could to make sure she had that cell phone with her at all times. Yet it didn’t happen.

So, I naturally did what we all do when we are faced with a parenting dilemma. I went to Facebook! Here’s the scenario…

Our daughter had recently been accepted to a week long Summer Scholar program at Ball State University in Muncie, Indiana (about an hour from where we live). Everything was paid for and all she had to do was show up and be ready to learn, grow, and experience what it’s like to be a student on a college campus.

The only thing not included with this package was her cell phone. Not only was cell phone usage restricted, but the presence of cell phones was restricted completely. I’m sure the previous week I had told her time and time again that she is on her cell phone too much, but when I read “no cell phones allowed” all I wanted was for it to be with her at all times.

Our daughter had only been away (out of town and overnight) from us, family, or someone we trust one time, which was in January of this year, and that was the reason we purchased the cell phone. But that trip was different.

In January she was going to a weekend with friends from her Cru ministry, and the person who organized and ran everything is one of my best friends in this world, and someone she calls and views as an “uncle.” He and his entire family (“auntie” and “cousins” to our daughter) were going to be there. So, we knew she would be well taken care of. Plus she had her cell phone!

After contacting the staff at Ball State, and asking them trying to convince them to make an exception for her, and receiving a resounding “no,” we were about 80/20 to cancelling the entire thing. That’s where our Facebook friends came in. I went to Facebook, explained the scenario, and asked two questions:

Within minutes my notifications begin to pile up and the comments just about overwhelmed me. A lot of parents had something to say about this. The comments included, but were not limited to…

“Remember when we were in high school and didn’t have cell phones?”

“what emergency procedures do they have in place!?”

“Choose another program. Follow your gut.. It’s our job to protect our children”

“As a former camp director, this is a great rule.”

“I would let my daughter go. I actually agree with the logic behind the rule”

What I learned through it all.

First, to end the suspense, we chose to let her go. She attended the program, and no, we did not sneak a cell phone in her bag. In fact, I’m writing this blog post in the car as my wife drives us to Ball State to pick her up.

I have to admit it was a rough week. Our two younger kids have been at their grandparents house all week (out of town). We’ve talked to them almost everyday, but not our daughter.

As of now I am happy we went through with it (of course I may change my mind after picking her up…lol). I never looked at myself as a helicopter parent, but part of the reason is because I could always reach my kids at anytime and anyplace.

Cell phones make that possible. In a sense, cell phones have allowed helicopter parenting to go on perpetually. I’m not sure if this is a good thing or a bad thing. There is a lot of good like…

But there is also some bad…

Overall, I learned that a cell phone has it’s place. However, we can actually breath, function, and live without them. We missed our daughter, and wished we could have picked up the phone and talked to her. But a large part of that was from the conditioning that comes from using cell phones since she was born.

Regardless, when do or did you feel comfortable letting your child go on without you?

Parents, time to weigh in. Where do you stand on this one? Share with us.