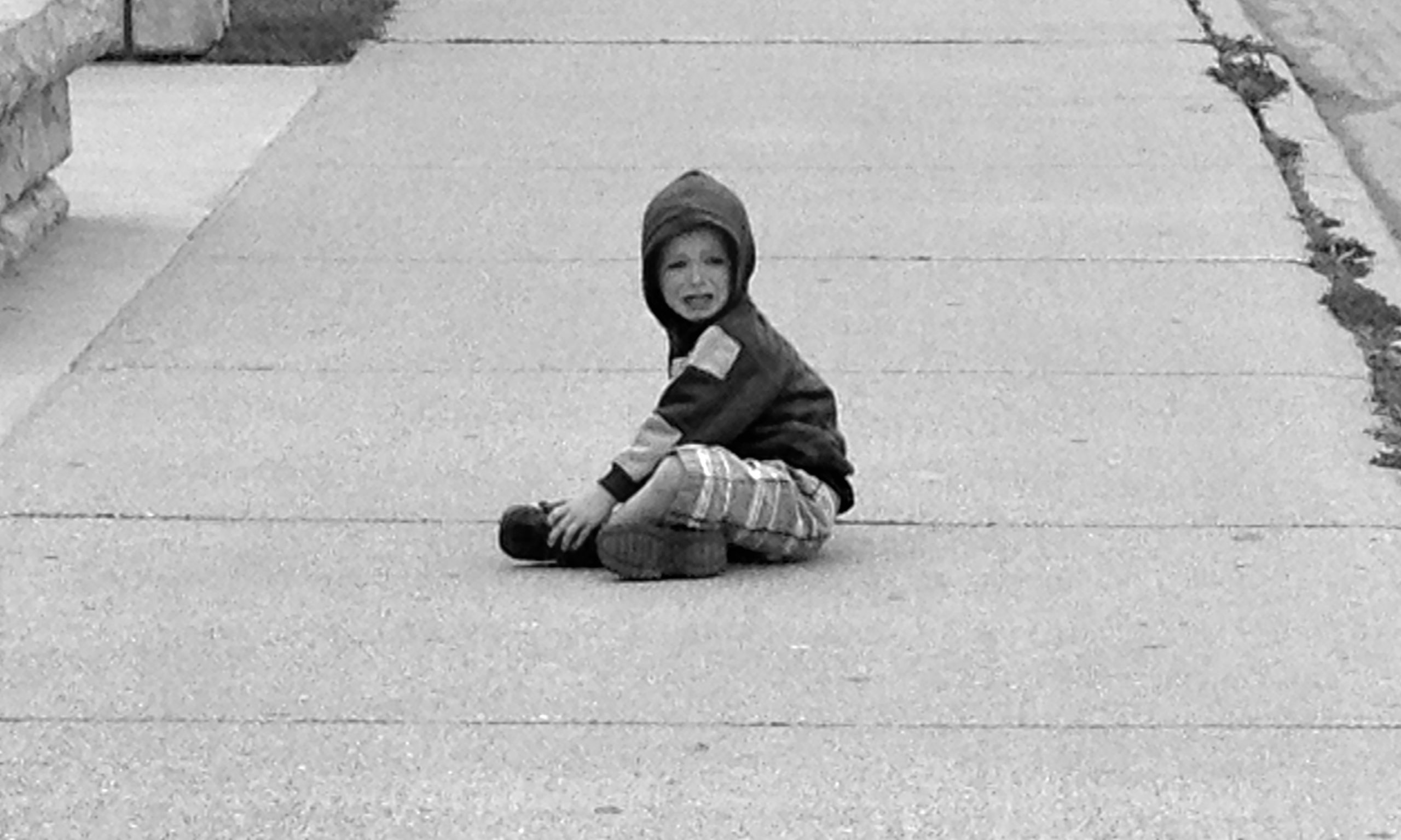 I originally wrote this post in February of this year for my former blog, repaintingthewalls. Although this blog was still in the works, I somehow knew this post would come in handy down the road. I would love to dialogue with you over this topic because there are so many ways to handle public tantrums. Take some time to comment and join in the conversation!

We’ve all seen it happen and prayed it would never happen to us…The kid screaming “I hate you” to his mom as he feverishly grabs items off grocery store shelves faster than she can blink.

Or, there’s the annoyance of watching a spoiled child’s parent, grandparent or guardian, give in to the tantrum and prolong the problem by giving them whatever they demand.

Between fear and surrender, we find ourselves at a crossroads as parents more often than not. We have the worry that we’re going overboard with discipline and then the stress of not sticking to our guns. So what do you do when a full-blown tantrum strikes and you’re in public? Unfortunately, in our decade of parenting, we’ve experienced this more than once (or twice, or 775 times, give or take 300 or so). The longer you’re a parent, the more likely it is that your child will throw an enormous fit in a public place.

(Side note- if you’re shaking your head and saying “Not my angel,” I’ll follow up with a post very soon entitled How To Successfully Parent Your Child in Fairyland).

Here are 3 things that have mostly worked in our family, and many others we’ve encountered, over the past decade:

Several years ago my wife and I were leading a group of high school students on a weekend trip when my daughter, then 2 years old, dropped to the ground and began to throw a temper tantrum in the middle of a Barnes & Noble bookstore. As one of our kind hearted students raced to sooth her, my wife abruptly said “Leave her right where she’s at and let’s walk away. We’re not giving this any attention!” The innocent teenager looked at us with shock. I have to admit, I was even surprised.

But my wife was right. We walked a distance away, staying close enough to watch her, and ignored the tantrum. Pretty soon our daughter realized that no one was paying attention to her, nor was she getting her way, so she gave up and rejoined us. I have seen the starving strategy work more times than not. Unless the child is willing to go to the next level and destroy something, walk away from them, and don’t say another word. If you can, don’t even look at them.

Of course it’s important to stay a safe distance away for the child’s well-being but a majority of tantrums are attention-seeking. Their developing brain is telling them, “You want what you want, you deserve it, so get their attention and you’ll win.” There’s little to no concern for their surroundings or your humiliation.

2. Outline the consequence ONCE!

Ever experienced this (either personally or with another parent): “I’m only gonna say this once!” 1 minute later- “Do I have to tell you what the consequence is for that behavior again?” 1 minute later- “I mean it, you’re gonna be in big trouble if you do that mister!”
Here’s what that child hears- “I’m just fluctuating my voice to sound authoritative, but I really have no intention of following through with my threat of a consequence.”

Outline the consequence for the tantrum one time, and no more. Your next move, if the tantrum continues, is to follow through with whatever consequence you’ve outlined. You will lose big time if you keep repeating yourself.

This is the hardest thing to do, especially in public. If your child is throwing a fit in a public place the most embarrassing thing is to have to drag their little kicking and screaming bodies out of there and to your car. But not doing this only communicates that they’re in control, not you.

A few weeks ago I watched a mom carry her thrashing son out of a packed Kroger to her car, leaving her filled cart of groceries behind. As onlookers gawked and whispered I wanted to applaud her. She didn’t hesitate. She moved! It was embarrassing for her, I’m sure. But how much more embarrassing would it have been to walk through that store with a son calling her names, making demands, screaming and throwing things out of her cart? Furthermore, that child would only learn that behavior like that was okay and acceptable. That mom made the right move and she did it without hesitation.

Let’s face it. This is NOT easy. It’s embarrassing and humiliating, not to mention infuriating at times! But it IS going to happen to you at some point. You have to be willing to move at a moments notice.

Question: What are some other things you’ve seen work when it comes to tantrums in public? Comment now and begin the conversation!