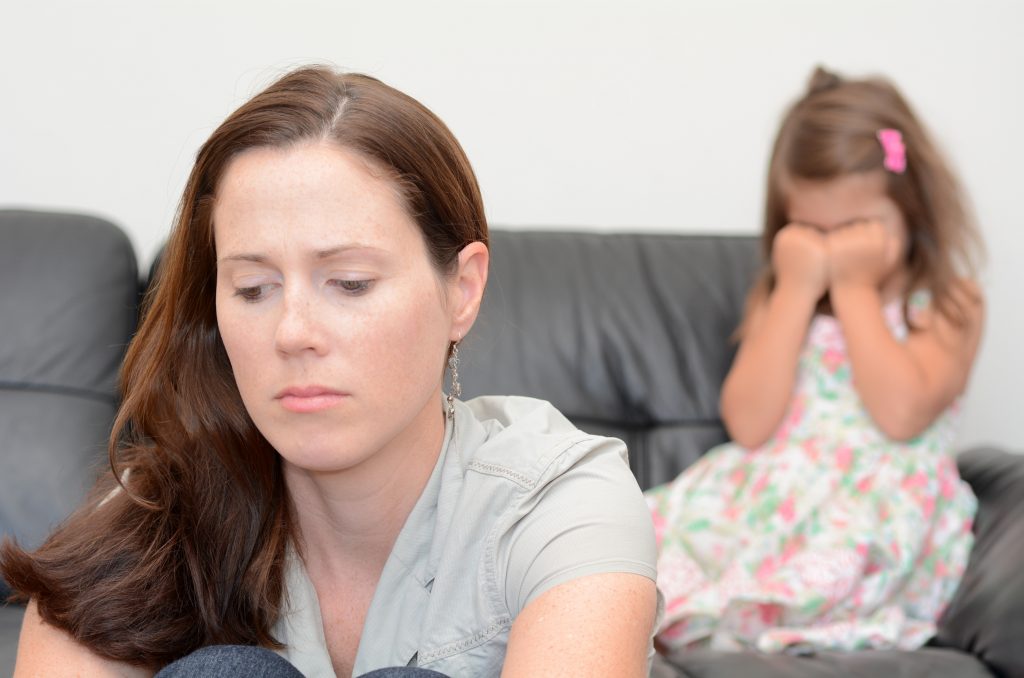 It's really, really hard to not take your child's behavior personally. In fact, it's downright impossible at times. But I promise...it's not your fault. Here's why:

I confess. I used to be really, really mad at my kid. Scratch that: enraged. I was enraged. Every time he acted out, destroyed something in my home, terrorized one of my other kids, hurt my wife, wound up in the principal’s office, did something to the neighbor kid, I saw red. My blood boiled. I would react to him out of anger. I said so many things I regret. I did things I wish I could go back in time and undo.

I carried this for a looooong time. Angry at my kid…angry that our home was under siege…angry that we couldn’t just be a normal freaking family for once…and then the cycle would repeat. Angry, angry, angry!

Somehow, I got through my anger. Not sure how, but one day it subsided like a receding tide. And that’s when the guilt set in.

I felt guilty for being so angry. Guilty for the way he behaved in public. Guilty that I couldn’t stop it. Guilty for the things he said and did in my home, and in public. And then guilty for making him afraid when I lost it. Guilty! “Aren’t parents supposed to raise better-behaved kids?” I constantly ranted. I gave guilt full permission to press down on me and convince me that I was an awful parent and that this all was my fault. I believed that if I wouldn’t have been so angry for so long my kid wouldn’t be such a mess. “It’s my fault he acts out. My fault he’s detached. My fault he can’t get through a school day without an incident. My fault he hoards food. My fault he steals things. My fault….my fault….my fault.”

I gave guilt full permission to press down on me and convince me that I was an awful parent.

This voice played over and over in my mind like a broken record.

And then one day a close friend looked at me and said, “Mike, his behavior is not a reflection of your parenting. It’s the trauma he went through long before he became your son. It’s not your fault. It’s not Kristin’s fault. You’re doing the best you can! Stop beating yourself up about not knowing any better. You’re human. We all make mistakes.”

My friend was right. As his words sunk deep into my mind, I saw a light I had never seen before. It was a realization. It wasn’t my fault. And it wasn’t my kid’s either.

Nope. He didn’t do this to himself. He didn’t cause his brain to suffer permanent damage. After listening to my friend I sat alone in my office (when I used to have one of those “real” jobs), and allowed the truth, the sorrow, the grief, and the freedom of this to wash over me. For the first time on this journey, I released myself from guilt. And I released my precious child from guilt.

It wasn’t my fault.

It wasn’t his fault.

I’ve made a million and a half mistakes. So has he.

This was the fault of trauma.

Broken parent (just like me)….it’s not your fault. Your child’s behavior is a product of trauma. You didn’t do this. I know it’s hard to not take this personally, and not feel guilty for their behavior. I know it’s hard to not believe that you’re a bad parent and her bad choices are because of you. I know. Trust me friend…I know. I want you to virtually look at me and listen. It’s not you. Your child is speaking from a place of fear….a place of darkness….a place that you and I know very little about. It’s not your fault.

Release yourself into the freedom of this truth.

Ever been there? Ever felt the weight of guilt over your child’s choices or behavior? Share your story with us in the comment section below.