From Dark Places: Understanding Trauma In Foster Care And Adoption. 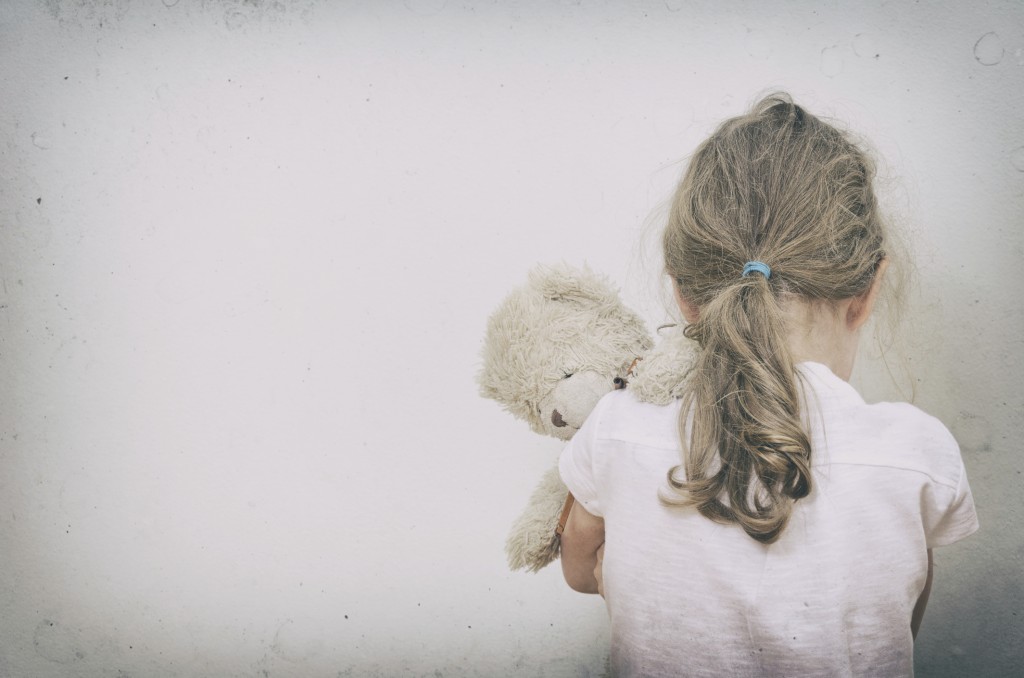 Over the past decade we have had to face the reality that some of our children experienced serious trauma before they came into our care. In the process, we discovered how little we really knew about it.

My son cowered next to the claw-foot bathtub in our upstairs bathroom. Cower would be an understatement. He was trying to push the tub off over with his head. Tears soaked his cheeks, and snot ran from both nostrils over his upper lip. He was out of control and violent. We were at a loss. In fact, we were angry. Our other children were downstairs with their older sisters, nestled on the sofa, for family movie night. We were dealing with this!

My human-instinct wanted to throw him out of the house, into the cold, and leave him there, just to show him that this kind of behavior was absolutely unacceptable and that our other children did not deserve to be treated this way. I also wanted to show him who the boss of this house was. He was not in control. He was not going to dictate, any longer, the course of our day. Frankly, we were exhausted, because meltdowns like this had become a daily ordeal. Something didn’t go his way- tantrum! He didn’t get the answer he wanted- violence! We had other things on the schedule and he had a shorter amount of time to ride his bike outside- outburst! Meltdown after meltdown after meltdown. Sometimes for hours.

As I stood in the bathroom staring at him in a ball on the floor, moaning like an injured animal, I fumed. I’m missing time with my other children because of this crap, I thought. But then, through the tangled mess of my frustration, a thought crossed my mind- “He’s afraid.” I tried to ignore it. I even tried to refocus my thought process so I could retain my anger. My attempts were futile. Slowly, as if flood waters rose to overtake a shoreline, my anger was overtaken by compassion.

Standing in our bathroom, on that winter evening, I saw my son in a new light. My heart suddenly changed. I gently closed the bathroom door, moved closer to my son, knelt down, gently placed my hand on his shoulder and said, in a whisper, “I know you’re afraid buddy. I know you don’t want to hurt any of us or ruin this night. I know there’s something deep inside of you causing you to act this way and it’s not your fault.”

It’s not your fault.

A Place Of Fear.

That night, he was speaking from a place of fear and I didn’t even realize it. I couldn’t hear it because I grew up in a normal household, with normal parents, who never laid a hand on me (unless I needed my hind-end tanned for misbehavior). I was never starving, nor was I afraid someone would charge into my bedroom, yank me out of my bed, and beat me. I never feared loosing our house or that I would end up in a shelter somewhere. I never watched my mom take a beating from her drug dealer or the guy she was living with. Frankly, I couldn’t imagine ever seeing this, even now, as an adult.

If you’re an adoptive or foster parent, you know this place. These are the dark places our children speak from. The behavior that drives us nuts or terrifies us, is an outcry from a desperate place we know little, to nothing, about. But, it’s real.

A Place Of Abuse.

My mom never used cocaine or marijuana when she was pregnant with me. She took care of herself. When I was a child my dad never slapped me or punched me in the back of the head for walking too slow. I never watched my dad beat up my mom either. My son experienced a lot of this as an infant. Several environments he was exposed to, before he came to live with us, were volatile and dangerous. He experienced abuse and he witnessed abuse. To this day, anytime we drive through urban areas in our city, he is uneasy. They bring back visions, images, and memories  he’s tried to bury deep and forget about.

A Place Of Uncertainty.

When I was in 6th grade my parents signed me up for a week of summer camp. I had never been away from home for more than 1 night, but this was going to be 6 whole nights! Midway through the week I lost it. I wanted to go home so badly that I nearly lost all ability to function. Finally, I got ahold of a telephone and called my dad. He came within the hour and picked me up. The freedom I felt that evening, as I walked through the warm grass of our backyard, was overwhelming. I choked back tears the entire time. I was so relieved to be home.

Home. It’s what brings us ultimate security as children. It’s what gives us confidence to face each day. It’s what makes us feel safe and secure, knowing that our mom or dad are there and will make sure we are taken care of. But for a child who’s been removed and placed in foster care, confidence and security blow away like a leaf in the wind. The uncertainty of being removed from one house, placed in another, and then another, and then another, cause a child to look at the world with deep uncertainty. These are wounds they carry with them for a long time. These wounds cry out through outbursts, fits of rage, lack of respect, and lack of attachment.

Why? Because when you believe something’s not long for this world, you instinctively detach yourself from it. Your behavior changes to accommodate the change in scenery. In their mind, they tell themselves, If I’m going to move to a new home anyway, why get attached? Why form a bond? Why listen to a word these people say? There’s a disbelief that your home will be a forever place. Deep down in their psyche there’s a voice saying, “They won’t stick around. You won’t be here forever. They’re going to leave you like everyone else!”

We don’t tolerate our son’s out-of-control behavior. In fact, he spent 18 months living in a residential facility because of his extreme behavior. But one thing we have learned to do is love him through his fear. It’s not easy. It’s extremely difficult and unbelievably exhausting. But, it’s worth it. The hardest thing you may have to do is stay consistent and firm even when your child is pushing every single button and challenging every single boundary you have. We’ve been through this and have the battle scars to prove it.

That night, in our bathroom, I ended up sitting on the side of the bathtub, for an hour, holding my son close. He tried to push me away but I stayed until the walls came down. It wasn’t easy, but it was a sacrifice I needed to make. I realized that night that I needed to stop fighting against him, and start fighting for him.

We know how hard it is to parent a child from a traumatic past. We have navigated attachment issues, violent outbursts, and exhausting meltdowns, time and time again. Choosing love is the hardest thing to do in those moments. Choosing to fight for your child may take the life out of you. But, it’s worth it. Your child was given to you for a distinct purpose. You were meant to be their mommy or daddy. Somewhere, somehow, their life will change, and so will the future, because you chose to stay, you chose to fight….you chose to love!

Have you adopted or fostered a child from a traumatic past? What have you learned? Share your story with us in the comment section.