How A Week Of FASD Camp Changed My Son’s Life. 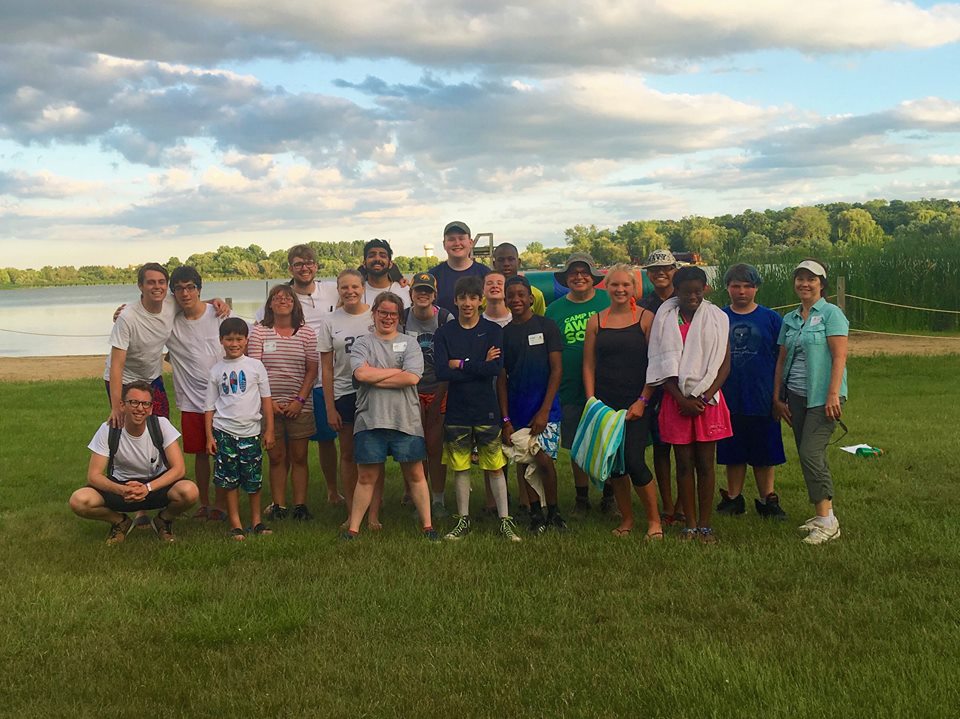 This may be the best kept secret in the FASD (Fetal Alcohol Spectrum Disorder) community. We're pretty sure it is. The impact that one simple week of camp had on our son's life is beyond measure. We are convinced it will have the same impact on thousands of other children just like ours.

It was a Google Search. I found this week of camp by typing in “Summer + Camp + Kids with FASD” in the search bar. I was following my own prescribed remedy for making it through the dreaded summer break with a difficult child. I was filling up my son’s summer with camps that kept his days structured and fun.

There it was, glowing at me from my computer screen. CAMP- A FASD Community. A week of summer camp just for children with Fetal Alcohol Spectrum Disorders. “You’ve got to be kidding me,” I muttered under my breath. “An entire week of camp just for kids with FASD?” Too good to be true, I thought. The site must be outdated, abandoned, years old by now.

But it wasn’t. This was their first year in operation. Two Thousand and Sixteen. Am I dreaming?

I wasn’t. It was real. After reading up on it, I signed my son up that night (which just so happened to be the night before the registration deadline). I couldn’t believe it. I had barely found this week of camp.

As with everything new (camps, events, support groups), when it comes to FASD, I proceeded with caution. It’s a natural defense due to past experiences with organizations who presented themselves as experts and knowledgeable, but turned out not to be. I was about to discover how wrong this assumption would be.

As part of my son’s registration I filled out a detailed questionnaire. Two questions in, I discovered how amazing this week would be for my child. “They get it,” I said, as I filled in each question. “They understand children with FASD.” Everything from social behavior, to impulsivity, to charismatic personalities, to life in the moment, and beyond. My eyes filled with tears. They were spot on. I knew then that this camp could be revolutionary for my son.

I struggled to keep that belief at the forefront of my thinking as we made the long drive from Indianapolis to the North Suburbs of Chicago a few weeks later. My son pushed every one of my buttons on the drive up. He wasn’t going to make this easy. As expected, a few miles out from the camp, he began to say things like, “I don’t want to go to this stupid camp.” I said nothing. I knew that would only make things worse. All I could hope for was an ultra-smooth beginning that would put him at ease from the get-go.

My hope was confirmed.

As we pulled in to the camp parking lot, we were met by 3 male counselors. They were friendly, detailed, and even called my son by name. One of them excitedly proclaimed that he would be in his group for the entire week. I looked over at my son and he grinned. “Okay, we’re doing good,” I whispered. As I headed for check in they invited him over to play some games, which were already in progress.

After getting his personal belongings loaded in, and walking through a very simple check in process, I was ready to get back in my car and head home. My worries began again. It was one thing to ease my son’s mind when I was still there. It was another thing to keep his mind at ease when he knew I was leaving.

This time I was wrong. In a little more than 10 minutes he had totally changed his mind. He walked up to me, gave me a hug, said “I love you dad, have a good week,” and bounded back down the hill to the games. I looked at his counselor, smiled, and headed for my car. Something in me told me this week would be different than anything he had attended in the past.

I was right! Five days later I drove up to pick him up. As I did so, I wondered what I would experience, how the week had gone, and if my son had a good time. A minute after arriving, I had my answer…

They believed in my kid. Their glowing faces, warm words, and passion for each child in attendance was as evident as the sun in the sky above. For as long as he’s been alive we’ve hoped, prayed, even dreamed of the day when others, outside of our family and close circle of friends, believed in him the way we do. We’ve longed for others to see the great potential in him. To look beyond the misbehavior, impulsion, and darkness of FASD and see the light in him.

As I sat in the room watching the closing awards ceremony, my son was the last child honored. He was given the “Crunch Bar Award.” His counselor gave him this because, in his words, “They could always count on him in a crunch.” They applauded him for his leadership, compassion, and goodness toward others. All things we know to be true about him.

These amazing people believed in my son. To them, he was not a kid labeled by brain damage, marked by a condition that would leave him forever struggling. He was a kid…a human being…a leader…with hope…and a future!

They believed in my kid!

Not only did they believe in him, but they inspired me to keep believing in him, even through the dark days.

I couldn’t sit still anymore. All I could think of were the hundreds of thousands of people just like us, who email and send Facebook messages to us every week, asking for help for their child. Asking if we know of a resource that could help their child. This is it, I thought to myself. This camp could change the lives of thousands of kids with FASD.

As we drove home, my son sobbed. He literally sobbed. He loved the week so much that he begged me not to drive him home. I had to explain to him that camp was over and the YMCA camp that hosted the week made everyone leave the grounds by 11 am sharp. We couldn’t stay even if we wanted to.

CAMP- A FASD Community had changed my sons life. It was evident. It’s been a week and we can still see it. Will there be times where he melts down, throws a fit, and has really bad days? Absolutely. We’re not naive. We know full-well how this disorder operates. But, he’s told us in the last few days how he wants to live a better life. We didn’t hear conversation like that very much before he attended camp. It’s left a mark on him for the better.

He’s counting down the weeks until this coming summer already!

Does your child suffer from FASD? Have you struggled to find resources in the summer to help them? Share your story with us.