How Do Pastors Find Help When They’re Supposed To Be Helping? 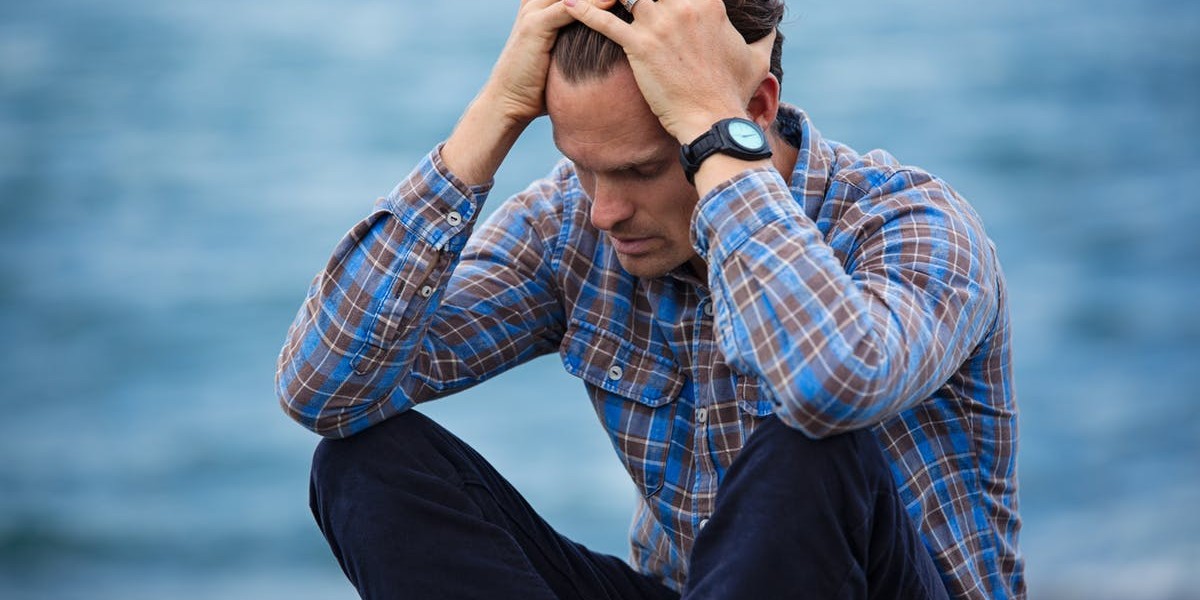 his was supposed to be a post from Kristin about taking better care of yourself while caring for children from hard places. But then I read the story of the recent suicide of California Pastor Andrew Stoecklein, after battling with depression. So I decided to talk openly and honestly about the struggle of being a pastor.

This was supposed to be a post from Kristin about taking better care of yourself while caring for children from hard places. But then I read the story of the recent suicide of California Pastor Andrew Stoecklein, after battling with depression. So I decided to talk openly and honestly about the struggle of being a pastor.

This thought bounced around in my mind in the early morning hours, like words echoing off of canyon walls, as I read the heart-crushing story of how Pastor Andrew Stoecklein’s life ended this past weekend. In the darkness of my bedroom, I wiped tears from my eyes as I thought about his wife and young sons now trying to figure out how to live life without their husband and daddy. I read how he struggled with depression, and anxiety and I identified perfectly.

Before becoming an author and blogger, I was a pastor for 16 years. I have fond memories from many of those years. But there were also many years, I hated what I did for a living.

It may sound ridiculous to you that I felt constant pressure to be perfect. “Surely,” you ask, “no one expected you to be perfect, right?” Surely I could be honest about the struggles I faced and not fear for my job.

I was once pulled into my supervisor’s office because a family complained that my voicemail message on my office phone said that I only check voicemail in the mornings when I first arrive. They had called in the early evening when I wasn’t in. The reason was that, at the time, I was leading the youth ministry and part of the executive leadership team that oversaw the entire church. Two massive jobs individually, let alone combined. My days were filled with meeting after meeting all day long. Sometimes they bled into the evening hours. Another time, I was suddenly the subject of an investigation into my handling of the youth budget because I hosted an outreach event for students to bring friends to a gladiator/food-fight night. More than 60 non-church kids showed up. The complainers in this instance felt that I was wasting food and had lost my global perspective on hungry children in Third World Countries…..because I let teenagers throw spaghetti noodles from Aldi at each other??

And the cake-topper happened at the last church I served with: A couple who was hosting a Sunday night youth event at their house accused me of not doing my job well because I left 30 minutes before it was over to meet with a young couple back at the church, who’s wedding I would be performing a few weeks later (which was contractually part of my job).

And along with that anxiety…stress…depression…suicidal thoughts…hopelessness! Feeling like I would never get ahead in this job…never be exactly what parishioners wanted…never create the right event, or be the “dynamic speaker,” or be the perfect pastor. Never feeling like I could be completely 100% honest and keep my job.

Again…from an outsiders perspective you may be inclined to say, “Well, the point of being a pastor is not to please everyone, but to please God.”

Oh, if only it were that simple! It’s not.

Being a pastor is much like being a Hollywood actor or actress. Not the fame and fortune side of celebrity, mind you. The scrutiny. The being placed under a microscope every day, side of celebrity. The having every single thing you do or say judged, reviewed, and criticized. One moment you’re idealized, put on a pedestal, hailed as a hero….and the next? All of that is cruelly ripped away the moment you’re vulnerable. The second you struggle. The instant your sermon (or performance) is lackluster (because you’re totally exhausted). The moment you show weakness. The moment it’s revealed that you’re…wait for it…human! Shocker.

I’ll never forget the moment I first heard a pastor cuss. I felt relieved that I wasn’t alone. I remember clearly sitting in a room of just pastors, and this guy referred to all of the “shit he had to to get done for a youth retreat.” These words weren’t spoken, they spilled out as if a release valve had been activated. The conservative guys and gals in the room bristled up as if he had just slapped the Virgin Mary or chugged communion wine. I laughed. Then, I felt liberated. Lord knows the many times over the years as a pastor I cussed or completely lost it, in traffic, or when something wasn’t going my way. And then I felt guilty about it. I felt like my job was on the line.

Add that to the mind job of ministry. The constant work to be liked, approved, or admired. The feeling of failure because you’re not producing Instagram-sharable-quote-worthy-retweetable sayings in your sermon like Andy Stanley, or having a Vimeo of your message go viral like Steven Furtick. The stress of trying to create programs, or ministry environments that are “attractional but also transformational.” The anxiety of showing up to a place where you’re supposed to be able to be vulnerable and honest, only to find out that that’s what you allow the people who tithe the mortgage payment do, but you’re not allowed to.

So I wonder….how does a pastor find help for themselves when they’re so busy helping others?

And don’t say other pastors. They have that. In abundance (usually). Other pastor’s are great confidants, and during my years as a pastor I had that too. But other pastors are struggling with the same stuff. Sometimes leaning on someone who does the same thing you do is healing, but then you walk down the halls of the church on a Sunday and feel isolated all over again.

I don’t think Jesus would agree with how most churches treat their pastors…especially when they fail. Remember, Jesus (yes, JESUS) was the one who once looked at a woman caught in adultery (a mortal sin in Biblical times…seriously…punishable by death back then), and asked the people gathered “Whoever is without sin, throw the first stone!” Then He looked back at the woman, naked and bleeding in the street, and asked, “Where are your accusers woman? Does anyone condemn you?” When she shook her head no, He responded with, “Neither do I!” That’s grace. That’s liberation. That’s TRUE authenticity.

I don’t think Jesus would agree with how most churches treat their pastors…especially when they fail.

Flash forward to today and we don’t ask this question in grace, we show up with torches and pitchforks, demanding he or she be removed, and a full-blown investigation be launched. We bend the ears of elders in the hallways after service to make sure our agenda is heard. We file a complaint with the chairmen of the church board. We sit in our small groups and whine and moan about how awful the sermon was or how “He isn’t speaking to me anymore,” and how we think it’s time to start looking for another church.

Maybe we’re the cause of so many pastor’s exit from the church? Maybe we perpetuate their depression and anxiety?

Would you want them removed, or would you love them like you would want to be loved if some of your sins and struggles were uncovered? Would you condemn them or empathize with them? Would you walk with them, or recommend they resign quietly so not to cause trouble?

Seriously, what would you do if you found out your pastor was….human? Because they are! Just like you…just like me!

There’s a church in California who no longer has a pastor. There’s a young mother and her sons, who won’t have a husband and daddy to open presents with on Christmas morning anymore. That could have been me. That could be any of my friends who still work in the church. My heart is crushed for Andrew Stoecklein, his family, and his church.

So I leave you with this question….could your pastor turn to you for help? Could they be honest with you and not be judged?