How To Live Through The Wreckage Of This Journey. 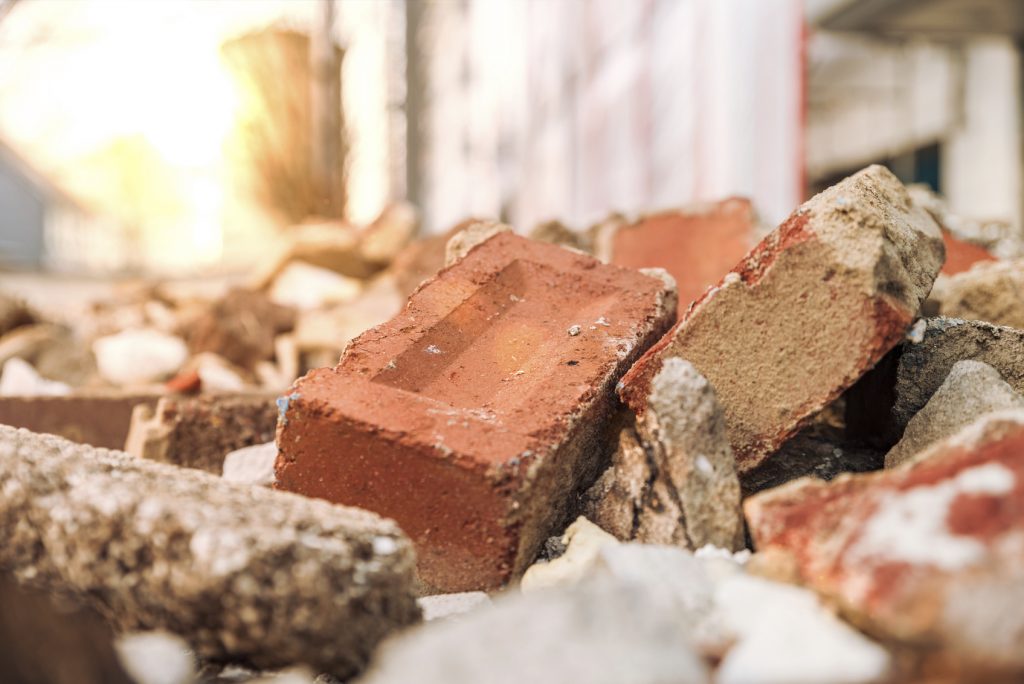 Sometimes the foster and adoptive journey gets the best of us. The life we knew, or hoped for, has been reduced to a pile of rubble. And we wonder, "Will I ever crawl out of this?"

I was emailing back and forth with a friend the other day, who was providing content for a new adoption article I’m writing for this fall, when she apologized for taking so long to get stuff to me. Then she shared some of their recent trials. Their son had recently broken his arm on a trampoline. When they went in to see his pediatrician, things went from bad to worse. The doctor flippantly told them he may have bone cancer.

As you can imagine, this rocked them both. Anytime the word cancer is spoken it drives an emotional spear into the core of our being as parents. The trauma of fearing one of your children could die? There are no words. But in the end, it ended up being a horrible mis-diagnosis from a really bad doctor. It wasn’t the first time this family had run ins like this. My heart was broken for her and her husband, and their precious family when I read those words. They’re on the same journey as us. With full hearts they chose to adopt and the journey has been filled with twists and turns. Their children also have special needs which cause them to always be on guard. To receive careless news from a calloused so-called professional is…well…devastating, to say the least.

I responded with these words….

HOLY CRAP, no that did not happen to you guys!!!!??? So sorry. Some doctors! We think some that we’ve dealt with in the past got their degrees out of a Cracker Jack Box! Therapists too. I’m like, “I have a freaking Bible College degree and I could do your job better than you!” Anyways, sorry you guys are dealing with that. If you were here in Indy we’d buy you coffee (or a drink) and sit in the wreckage of all of this together. 🙂

Sit in the wreckage. Those words came rolling out of me with very thought as to how powerful they are. Later on, I caught sight of my response again and it hit me- I said that because we all need that. We all need someone to come alongside of us and just sit in the middle of this wreckage…. The devastation of our child’s special need. The agony of raising a child who constantly pushes us away and pursues superficial relationships with people they barely know. The frustration and utter defeat we feel when a doctor, therapist, or authority figure, who is supposed to be professional, supposed to know what to tell us, fails miserably. The misery of the wreckage that may have once been the life we dreamed of.

While we wish, at times, we could be pulled from it, dusted off, bandaged up, and pointed toward the “Do Over” button, that’s just not realistic. We must dwell in it, learn how to live in the new normal, figure out how to live life within the debris. And that’s exactly why we need one another on this journey.

I often tell people that our life was very reminiscent of the life of Job, from the Old Testament in the Bible. You know, the guy who was favored by God, was the equivalent of a billionaire in today’s standards, and had an unshakable faith? The story goes that he ends up losing everything (house, assets, family members, servants, you name it), suddenly, over a wager between Satan and God. Satan tells God, “Yeah, your boy Job praises your name because he has everything his heart desires. Take it away, however, and he’ll surely curse You!) So God allows Satan to smite poor Job. Family members die, houses collapse, livestock die, servants are killed. Job loses it all in the blink of an eye! But, he doesn’t turn his back on God, even when he’s sitting on top of a pile of rubble that used to be his life. Literally.

I often tell people that our journey has been like Job’s in a lot of ways. Now, our house wasn’t reduced to a pile of debris, and on one in our family has died, but we’ve had the pit drop out from us suddenly. The life we once knew was suddenly swiped away and we had to learn how to trust God in the midst of it. Not easy.

But one of my favorite parts of Job’s story happens just after he’s lost everything AND he develops a horrible skin condition that literally distorts his appearance. His 3 friends, who have traveled afar to be with him, enter the scene. Here’s what happens…

When they saw Job from a distance, they scarcely recognized him. Wailing loudly, they tore their robes and threw dust into the air over their heads to show their grief. Then they sat on the ground with him for seven days and nights. No one said a word to Job, for they saw that his suffering was too great for words. (Job 2:12-13 NLT).

Did you catch that? They sat with him, on the ground, with his life in ruins around him, and ON him, and said….nothing! They could tell how great his suffering was just by looking at him. They knew. They understood. They felt his anguish to the deepest degree possible. I don’t know about you, but these are the kind of friends I want around me on the sometimes tough journey of foster care and adoption. And that’s precisely why I responded to our friend the way I did. Sometimes, there are no words. Sometimes, we just need to sit in the wreckage of life with one another, and be. Sometimes we need to sit in silence in a coffee shop, or a bar, and see that our suffering is too great for words.

We may not escape the pain and agony this life sometimes produces. But we have a great opportunity to sit in the middle of it and mourn with one another. That’s how you live through the wreckage of this journey.

Are you living through the wreckage of your journey right now? Share your story with us (so we can sit in the middle of it with you :-))!