How To Respond When Your Child Pushes You Away. 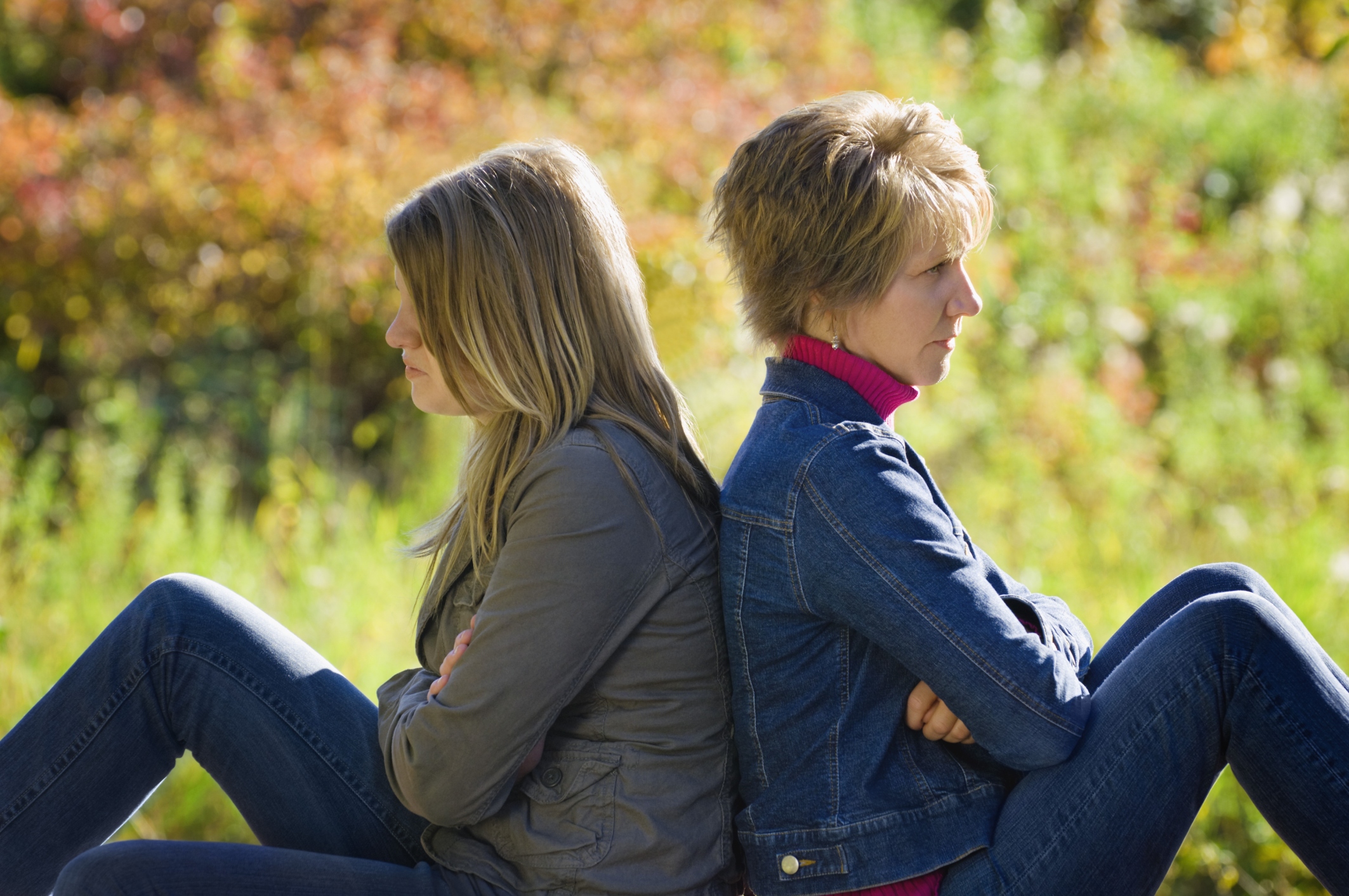 What do you do when the child you love, parent, and pour tons of time into, continues to push you away and look for approval from everyone else besides the mother who never leaves? It's difficult and defeating, but there is hope!

Recently I had one of those rare, peaceful days of TOGETHERNESS in parenting a teenage girl. I decided to spend the afternoon working from home. My daughter and I sat at the dining room table quietly working on our computers. We took a break and played in the backyard with our dogs and chickens, fixed a snack and even agreed on what type of music to listen to. The day continued on with an unexpected joy as we made dinner together, then prepared to go dress shopping for an upcoming formal dance she was attending. In the car, we sang along with the radio and laughed together. We hiked around the mall until our feet were aching. We finally selected the perfect dress. As we walked to the cash register side by side, my eyes welled up with tears as I marveled over the young lady my daughter has become. My heart inflated with the feeling of love and togetherness of this day.

A stranger stood behind us in line, a little too closely. She loudly asked my daughter what the dress was for. My daughter politely told her about her upcoming formal dance and the woman responded by staring at each of us with her jaw dropped. Uncomfortable, we all began to look around anxiously waiting for the next register to open. That’s when the stranger grabbed one of my daughter’s arms and exclaimed, “You’re thick, are you sure that dress is going to cover you?” In that moment all of the joy from such a wonderful day was gone from my daughter’s face. I answered quickly, “The dress fits her perfectly, she looks beautiful in it.” My answer did nothing to take the sting out of the strangers rude assault.

With one daughter now looking at the floor and another sizing up the distance to the exit, I made our purchase. The momma bear inside of me was in fierce combat with the rational mother pulling out the wallet. My anger would only embarrass my daughter further. If I say nothing she will think I don’t care. With any child, the conflict in my mind would be great. With this child, I have to tread carefully. I have so much more at stake. I know that one misstep on my part could potentially damage the relationship we’ve finally built. As we walked in silence to the car, my inner dialogue was screaming. My instinct was to try to fix the situation but I knew that this daughter would never accept my help, and anything I do could make this so much worse.

Years earlier, I brought my daughter home to live with me after she lost her first mom upon entering the foster care system. She was a pre-schooler at the time and knew just enough to know that moms sometimes hurt and often times fail to protect. Those first few years were the toughest emotionally. She was a good and strong little girl. She was easy to get along with and fun to be around… unless I tried to get too close.

If she fell down and scrapped her leg, she would allow me to hand her a band-aid but she would not allow me to put it on. She would run to me declaring hurt feelings or injustices, but not allow me to hug her. She would help others but never accept any care for herself. When a peer at school, a teacher, or her own birth mom would let her down, she would lash out at those of us who loved her the most.

Our relationship has been built slowly. Each step is taken with care. She called me Mommy after living with me for two years and hugged me of her own accord after a decade in our home. Each step toward genuine reciprocal relationship is a precious one. That’s why this day had been so important to me. Each part of it felt like just a regular day. A day with a mom and a daughter just living, just being together.

Today was so special because we were TOGETHER. A stranger interrupted that togetherness. As we left the building I felt my daughter building up the fortress around her heart with each step we took. I knew not to hug her, so I didn’t. I offered a lame attempt at humor…it didn’t work. I changed the subject…no dice. I tried a positive approach and told her how I feel about her beautiful dress and her sassy sense of style…crickets. When we arrived home she slammed the front door in my face before I could enter. I felt the sting of my own tears as I opened the front door to let myself in. I said, “don’t let a stranger ruin this great day.” She whipped around and yelled, “Just stop, Mom!” The togetherness had slipped away.

My daughter is a teenager now, that scared little girl is almost gone. I allowed her some time in her room while I prayed over how to bring her back into togetherness. Then I shared my heart with her. I openly asked her not to push me away. I expressed my love for her and my anger over anyone who would hurt her. I told her I would give her some space to be sad but asked her not to slam the door in my face again. To my surprise, she agreed. After 5 minutes, she joined the rest of the family for movie night. We talked a little more about what happened with the stranger but circled around to a conversation about all the funny and good things that happened throughout the day. When I kissed her goodnight, I realized we actually ended our night in togetherness.

Are you parenting children with reactive attachment disorder? Share your story with us.