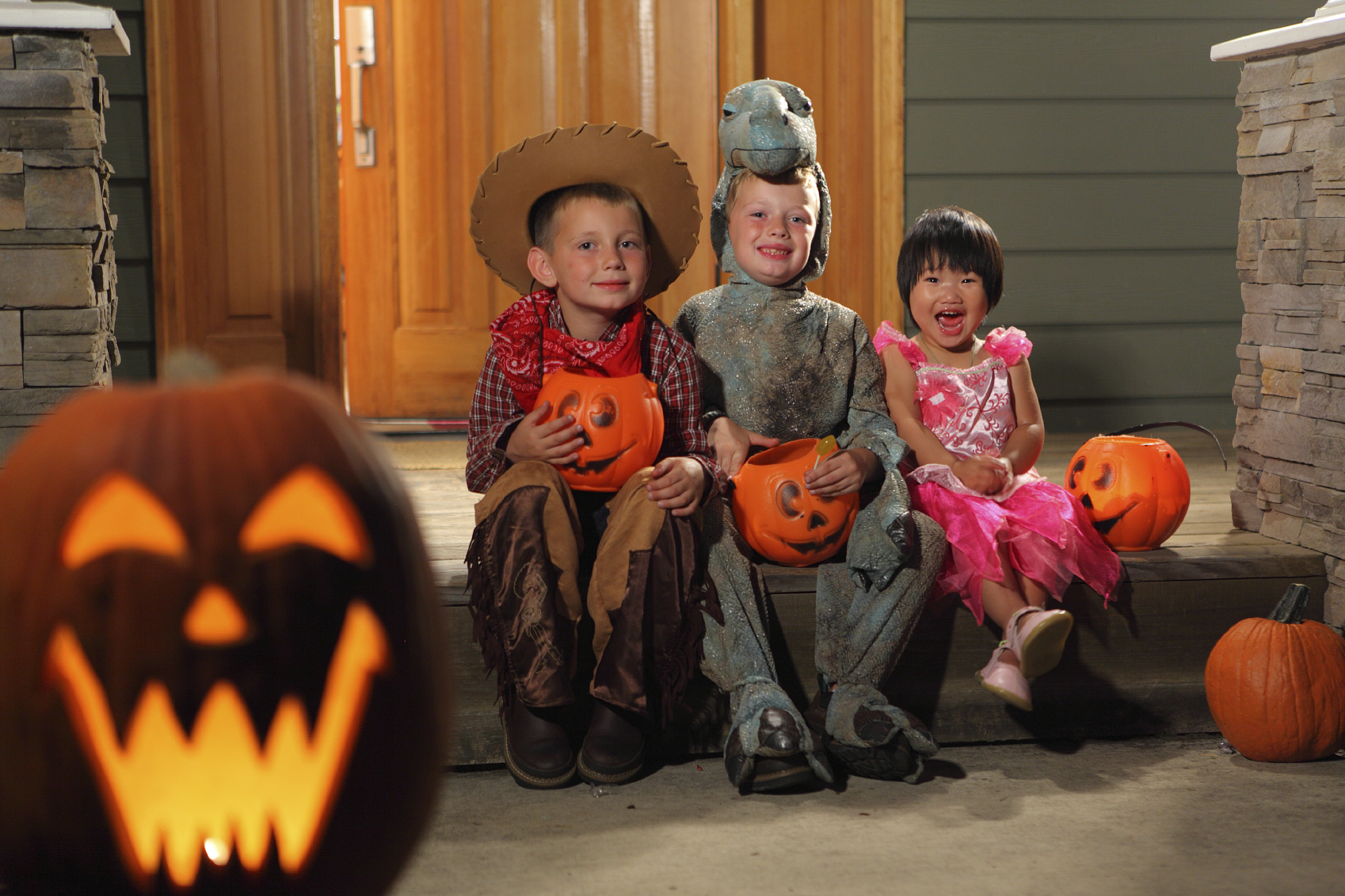 I have been blogging on Confessions Of A Parent for a little more than a year now. In that time I have rarely written about anything "faith-based," as some would call it. Even though I'm a pastor in a local church, this has been intentional.

My reason is simple. Out of the thousands of readers I have monthly, many come from different belief backgrounds, and some, no faith, or religious backgrounds at all. I’m completely okay with that. My goal with this blog has never been to project my spiritual beliefs, but rather to dive into parenting discussions and issues and convey humorous and hopeful perspectives that every parent can relate to.

Tonight, however, I feel like tackling a question that I’m often asked, that does, in fact, relate to parenting, but has more to do with my family and Halloween. Yes, Halloween. It never fails- every year this question is asked. And every year I’m asked, it bugs me. It bugs me because it comes from a religious perspective and not from what I would consider an authentic understanding of the heart of God.

The question, and ensuing conversation, about my family (a pastor’s family) and Halloween goes something like this:

“What is your family going to do about Halloween?”

“What do you mean, ‘do about Halloween?'” I ask, kind of already knowing what they’re getting at.

“And, you’re a pastor and a Christian, and you have children.”

“Well, are you going to let your kids go trick-or-treating?”

“Well, it’s just that Halloween is the night that celebrates Satan and we Christians should be aware of the evil that lurks and not participate. You don’t want your children participating in something that glorifies Satan do you?”

It’s usually right after that last sentence that I check out, my eyes gloss over, and I cannot believe what I am actually hearing (even though I hear it every single year from at least one person).

I used to know a Christian family who would lock their door, turn all of the lights in their house off, and sit in the basement while trick-or-treating took place out in their neighborhood on Halloween night. They would claim that they were trying to be “separate” from the world. Their frame of reference was either John 15 or John 17 where Jesus says that He has chosen His disciples out of the world, and they do not belong to the world.

You may disagree with me, but this family’s decision to do this was toxic. First of all, they were making Christians out to be cut-off, uninvolved, and un-human by doing that. Second, it’s Halloween- a night where children (CHILDREN, mind you) dress up as Jazmin from Alladin or Spiderman (hardly the material of Satanists) and go around asking for candy from kind neighbors. Third, and most important, they were taking Jesus words out of context. He was not telling His disciples to not be in the world, He was simply telling them not to behave like or identify with worldly customs or values so their lives would convey a greater hope.

When I look at the life of Jesus (who any Christian should be modeling themselves after) I see something very interesting. He went to the party. He participated in the party. He was the life of the party. Lots of people who would not have normally been invited to the party, flocked to him when he was at the party. When the party ran out of booze- He made more. And not just any booze, the good kind! Jesus didn’t flee from the world, He was in the middle of it. He hung out with everyone in it- sinners and saints, broken and fixed, lost and found! ALL people. EVERYone!

As a Christian, a pastor, and a father, I’m taking my kids trick-or-treating because, first of all, they’re kids. Secondly, because I think Jesus would go trick-or-treating. He would be hanging out with everyone in the neighborhood. And later, after trick-or-treating was over, He would head back to the house where the party was happening, have some chili, laugh and cut up with friends, and raise a glass in jubilee.

What would we say about Christianity, or Jesus, if we shut our door, turned off our porch light, and hid from everyone? We’d make Christianity out to be a judgmental, disconnected, unattractive, cold religion. That’s not what it is. It’s a beautiful relationship.

As for the comment about Halloween glorifying Satan? Unless someone is walking around sacrificing cats and performing incantations, Satan is not being glorified by Halloween. In other words- you only glorify Satan when you actually do things that glorify Satan. A 4-year old dressed up like Ironman with a plastic pumpkin bucket, and snot-stains on his upper lip, is not glorifying Satan. Seriously!

Agree? Disagree? Anything to add?