My 13-Year Old Son Has Had Two Run-Ins With Police, But I Refuse To Let That Define Him. 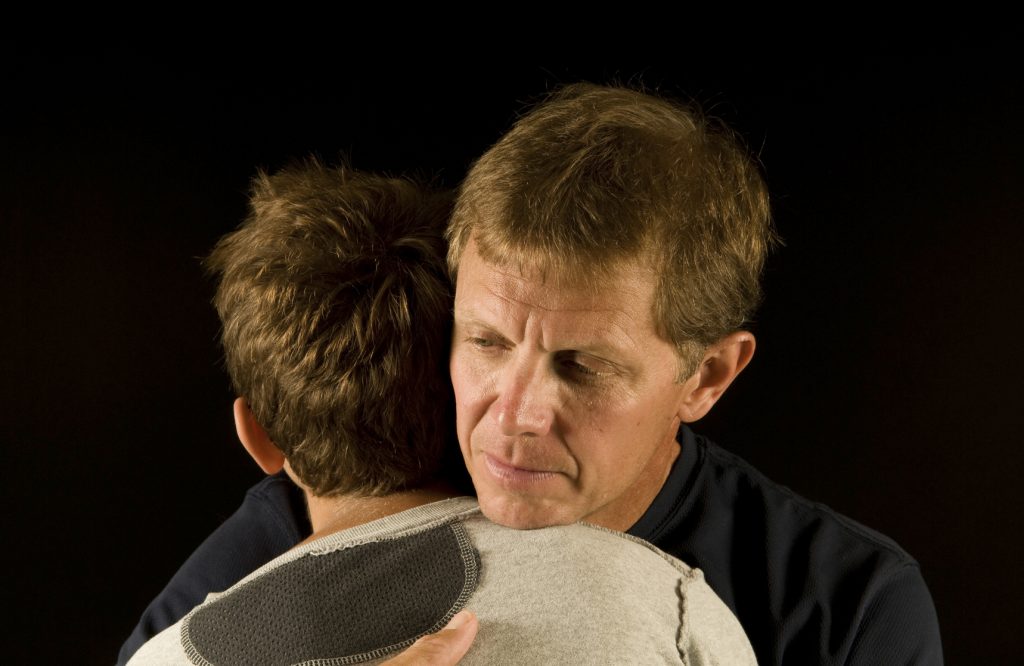 It's easy to let our children's bad choices, extreme behavior, or special needs defeat us and make us want to give up. But something deep inside of me refuses to let his choices define his future!

The other day Kristin sent me a text that nearly took my breath away. “About to call the police department back over the incident at camp this summer.” The incident happened between my 13-year-old son and another boy enrolled in sports camp with him. The fellow camper said something to my son, made a face, and muttered something else under his breath, and in turn, my son lost his cool, charged after the boy, punched him in the head, and subsequently threw him to the turf in the indoor soccer arena.

The organization who runs the camp decided to call the police. On my son. For his violent and dangerous choice. And I can’t blame them for doing so. As much as it hurts me to the depths of my soul for saying that, it’s true. Unfortunately, we’ve been down this road before. Most recently, just five months ago, when a slew of officers had to respond to our home because my son had pulled a kitchen knife out of the drawer and charged after my wife.

To look at my son, one wouldn’t think he’d act this way. You’d probably remark on how handsome he is. “What a good-looking kid” is a comment I’ve heard hundreds of times over the course of his 13-year life. His cute little ears protrude from either side of his head enough to make him adorable. When he looks at you with his deep dark brown eyes, your heart melts. And don’t get me started on his smile, or his laugh. They both can light up the darkest day.

He’s articulate, athletic, and charismatic to boot. Most would read what I just wrote above and say, with shrugging shoulders, and hands held outward to their side, “There’s no way a cutie pie like this could ever do anything wrong, or hurt someone!”

And that’s exactly why the disorder he lives with is so devastating. Before we adopted him, he was born drug- and alcohol-exposed. His birth mother repeatedly used crack cocaine and drank while he was in her womb. The amniotic fluid that was supposed to give him life, nourishment, and a strong future, was a pool of poison for his developing brain and body. The last time she drank and used drugs was just three days before his birth. When he was 6 years old, and permanently in our care, he was officially diagnosed with alcohol-related neurodevelopmental disorder (ARND), a disorder that exists under the umbrella of fetal alcohol spectrum disorders (FASDs).

Shortly after, we read literature on the disorder. Page after page online, each word taking more life out of us:

We felt like someone had just given us a life sentence in prison. Our shoulders sank in defeat, and our hearts were broken. Beyond that, we were angry. How could anyone be so selfish and stupid to drink and use drugs while a little life grew inside of them? we wondered, as we shook our fists at the heavens.

In full transparency, these are the dark places we’ve gone to in our minds at our lowest points with our son. When we first discovered his diagnosis, we were angry with his birth mother, frustrated with his behavior that constantly kept us on-guard, but also devastated that he would never have a normal life. We often find ourselves defeated, weary, and ready to give up. But we don’t. While this road with our son has been long, seemingly unending, and incredibly difficult to handle over the years, we believe in another, “There’s no way.” There’s no way we can determine his future based on his 13-year-old behavior. Special need and all. Diagnosis and all. Alcohol-related neurodevelopmental disorder and all.

I will not stop fighting for him. I will not stop loving him. And I sure won’t stop believing in him. Somehow, someway, at sometime, the plan for his life will unfold. I believe that with all of my heart. While others may look at my son or his special need, and see a failure, a loser, or a hopeless case, I look at my son and see promise. I look at my son and see potential. Fetal alcohol spectrum disorder isn’t a death sentence. Autism isn’t a death sentence. Down syndrome or multiple sclerosis isn’t a death sentence. And for caretakers, we’re not a prison sentence either. It only becomes this way when we see our circumstances this way. If you look at the bigger picture, as opposed to one pixel, you’ll see just how bright the future is.

If you look at the bigger picture, as opposed to one pixel, you’ll see just how bright the future is.

Kristin called the officer back. He was more than kind to her. He handled her broken heart the way anyone whose child struggles through a disorder like my son’s would want to be handled: with care and compassion. He listened as she shared the details of his disorder. She didn’t make excuses for his behavior at summer camp and neither did he. I wouldn’t expect him to anyways.

But before their conversation ended, the officer said something to her that filled our hearts with hope and confirmed the belief we have in our son. “How can I help your son become a better person now, and in the future?” Kristin nearly dropped the phone and passed out. In all the years of parenting, and the numerous times our son has had to talk to police, we’ve never had one ask this kind of question.

Yes, the future is bright. My son’s special need does not define his future. There’s still hope.

Are you in the trenches of parenting children who make bad choices or have a major special need? Share your story with us and find hope!