My Son DOES Ride The “Short” Bus. 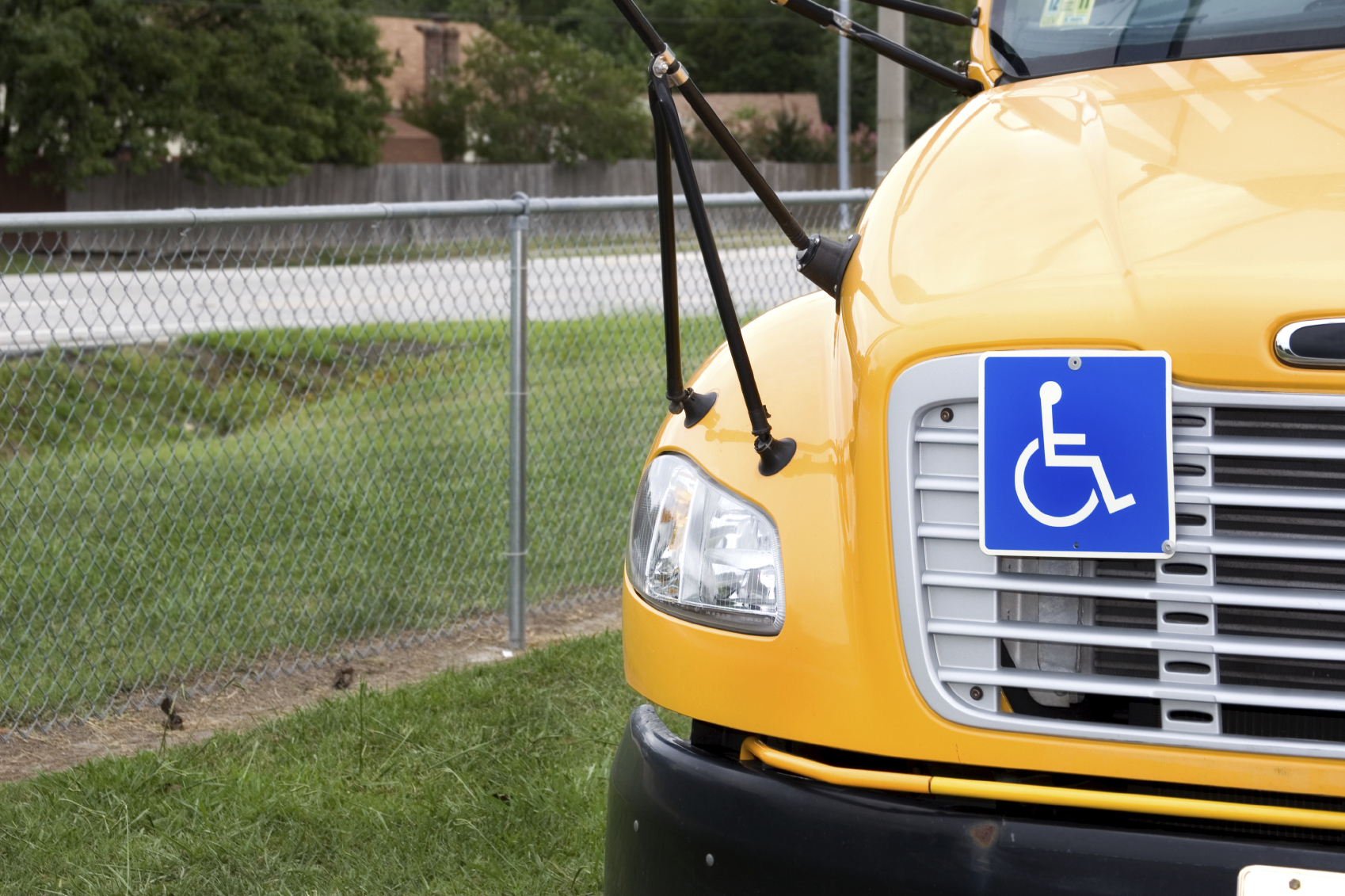 I used to laugh. In fact, when I did, I rarely considered the cost. Then it hit home for me. It happened after I became the parent of children with special needs.

I remember the day as clearly as the room I’m sitting in right now. I was in college. It was a Tuesday morning and most of the students on campus were gathered for weekly chapel in the school’s gymnasium. As the featured speaker took the podium everything seemed normal. That is, until halfway through his sermon when something very odd happened.

We noticed a kid, somewhere in his late teen years, appear from the right side of the stage and make his way  to a set of choir risers positioned directly behind the speaker. He sat down on the back riser, swung his legs around to the front, rested his elbows on his knees, cupped his face in his hands, and began nodding vigorously toward the speaker.

People in the audience were perplexed. After a few seconds, some began to snicker. The speaker had no idea this was going on and that only added to the humor.

Before more chaos broke out an older gentleman moved swiftly across the stage, behind the bleachers and out of the illumination of stage light. He convinced the young man to follow him. As they exited the stage my friends and I glanced back and forth at one another, whispering derogatory things. Later on we found out that the boy was part of a class of students with special needs from an area Christian high school who were visiting the chapel service as a field trip.

We all laughed. We all made comments. We all got a good laugh. After all, what normal human being isn’t going to have a little fun when someone does something as strange as that kid? We even got a laugh out of the fact that he rode a “short bus,” as the minibus his class traveled to our campus in left the back lot that afternoon.

I’m embarrassed to admit it, but in my younger years, this was not the only time I participated in something like this. I wish it were though. Because now, nearly 17 years after that morning on campus, I don’t think it’s funny! There are several reasons why, namely humanity itself, and the care for all human beings, regardless of skin color, ethnicity, sexual orientation, or mental capacity. For me, however, it’s personal. I have children with special needs. My son does ride the “short” bus (as some would label it) to school. He does so because he participates in a class that specializes in helping him through some of the things he struggles with.

He’s not a “re**rd” or an “idiot” like some might call him. That’s just cruel. He’s a human being with a heartbeat and a spirit. I don’t want to go off on a tangent and I do not want to lay guilt trips but treating human beings like they are less than human because of the special needs they have is wrong. Whomever they are or where ever they come from.

As I drove out of my neighborhood the other day, I followed my son’s minibus as it headed to his school. I smiled as I thought about him. He oozes with talent and he’s sharp. He has a head full of dreams. He’s a beautiful human being. He’s my son. The same is true for other children with special needs. They are someone’s son, daughter, granddaughter, grandson, niece, nephew, brother or sister. They are not the punchline of a joke. They are not the target of laughter. They are human beings who deserve respect and love.

I write this post requesting something of anyone who is reading it. If you are prone to laughing at or calling people with special needs names, please stop. Find something more honorable to do with your time. If your words are laced with hatred or insult, please stop. Don’t aim them at people who are different than you. An attempt to be superior over another human never leads anyone to the healthiest version of themselves.

Second, take a moment to recognize something- people with special needs are human beings just like you. Inside they have a heart that beats just like yours. Air moves in and out of their lungs the same way it does yours. The only difference is that they have needs that are different from yours. You may never struggle the way they do but you do still struggle. Your struggles may not prevent you from living a normal life though. Be grateful for the great blessing of normalcy and, in turn, use your blessing to bless others around you.

We are all the same. It’s true. This is not a campaign or a cause, this is an honest admission from a father’s heart. This is a plea for all of us to be better human beings.

Are you the parent of a child with special needs? In what ways does this hit home with you?