Should I Talk About My Child’s Traumatic Past With Them? 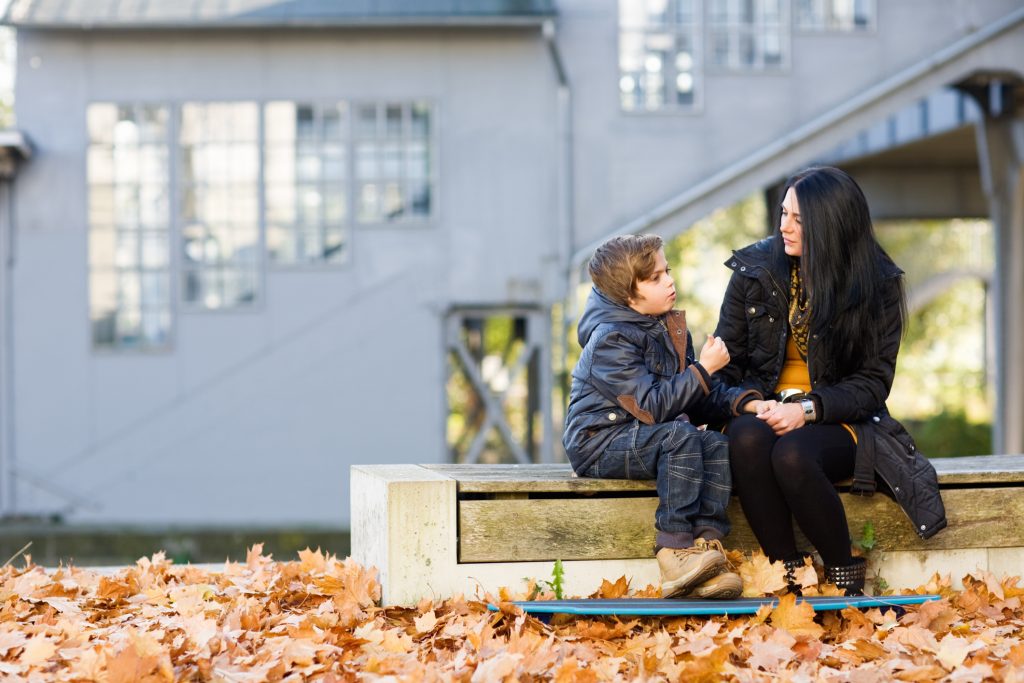 Some see it as a taboo topic. Other's share freely with detail. Still, there's a debate over whether or not you should talk about your child's traumatic past, or their current diagnosis, with them, or in front of them. Here's where we land...

It was a normal summer night a few weeks ago when we sat down to dinner as a family. Actually, I should say, we FINALLY sat down to dinner as a family. Let’s just say, the summer was long, and we were running in at least 5 different directions every day since the end of the previous school year. As much as we filled our minds, and calendars, with lofty ideas of how the summer would play out, it all became delusions of grandeur.

“Oh my gosh, stop eating like that…it’s not like you’re starving!” belted out my daughter, as one of my sons shoveled spaghetti and meatballs onto his spoon, and into his mouth, with barely a breath in between. Spaghetti and meatballs has always been one of his favorite meals. That explained some of the ‘shoveling,’ but not all.

“Why are you talking to him like that?” Kristin asked calmly. My daughter paused and stared in my wife’s direction, searching for an answer. None came.

“Do you know what’s happened to him?” she continued gently, while my son continued to eat. “Do you know what he went through in his early life to cause him to eat like that? He doesn’t do it on purpose.” My daughter nodded as Kristin calmly explained my son’s traumatic past to her. She then softly reminded my son that there’s plenty of food and he wouldn’t go hungry. A little while later, we explained a few things to my daughter. “It’s like you forgetting things repeatedly,” I said. “Do you know why that happens? You’re forgetful but you also went through some pretty hard stuff a long time ago that has affected the way you think at times.”

For the next several minutes, we sat together around our dining room table and talked openly about where she’d come from and the trauma she went through before coming into our care at the age of 3. Understanding washed over her face like a spring rain covering a window pane. It was healthy. It was affirming. And it helped our child know that we were in this fight with her, not against her.

Should We, Or Shouldn’t We?

It’s a conversation we’ve found ourselves in quite often. Many parents believe it’s not a healthy topic of conversation to have with or in front of your children. Others lean on openness and honesty. We lean that way too, but with one big question first….

Will an open conversation with my child, about their traumatic past, help them or become a trigger?

It’s a question only you can answer because you know your kiddos better than anyone. You know what sets them off, what causes anxiety, depression, or rage. Proceed with caution. If you’re unsure how they’ll respond, consider waiting, or approaching the topic (whether they ask you, or you bring it up) in a more general manner than diving straight into the deep end.

With that question above in mind, here are some rules we follow when we’re discussing our child’s diagnosis, or traumatic past, with them, or with them in earshot…

You must wrap your honesty in a blanket of encouragement.

So, where does that leave us on this topic? Another question…

At the end of the day, ask yourself a similar question as the one I posed earlier: Am I bringing dignity to my child through the words I say to them, or in front of them?

Do my words encourage and uplift, or are they confusing, discouraging or negative? Listen, we get it- you’re immersed in this. We are too. You’ve been to a billion and 4 therapy appointments and left defeated. You’ve dealt with misunderstanding (or condescending) pediatricians who don’t believe a word you say about the diagnosis your child has. You’ve got a case manager who makes you feel like the enemy….you name it. You’re exhausted. You’re fed up and tired of the games.

But, here’s the kicker….you must pay close attention to the things you say in front of your kids. AND to them about them. Particularly when it comes to where they’ve from, or their diagnosis, or their current struggles. If you’re frustrated, that’s okay. We all get to that point. You must must must find another outlet. A close friend who gets it. A fellow adoptive parent, who’s in the trenches with you. Us. Our team. We’re here to listen.

For your health as a parent, but also your child’s health as they work through the past they’ve come from!

Where do you fall with this? Openness and honesty, or a non-topic of conversation? We’d love to hear your thoughts. Share with us in the comment section below.