The Importance Of Cheering For Our Children. 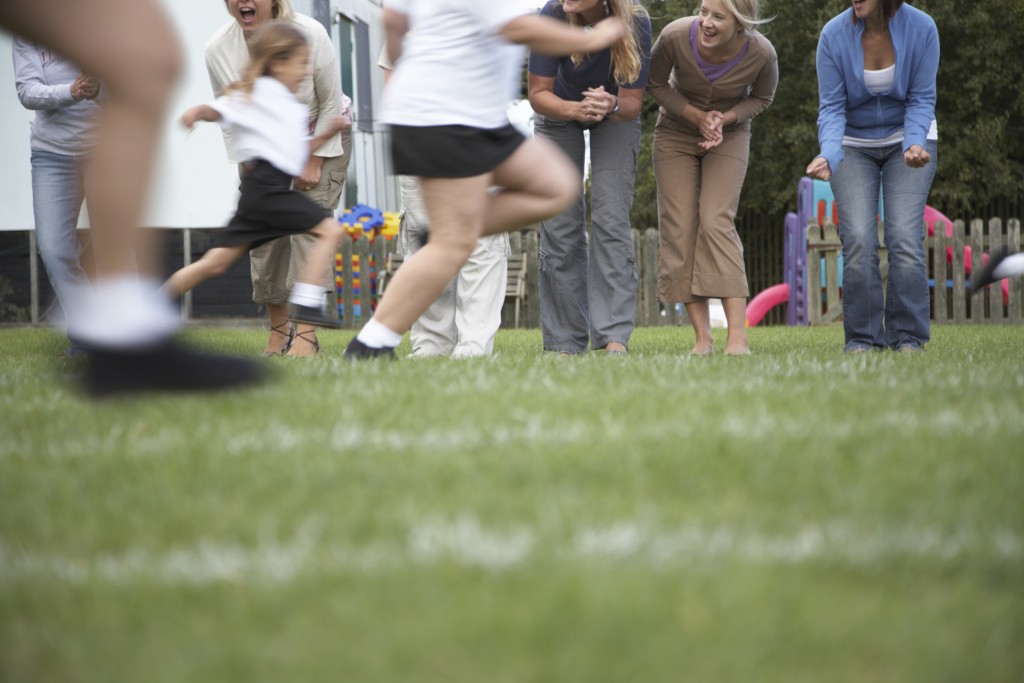 When we welcomed our first daughter into the world I made a promise to myself and shared it with my wife- I will be there to support her in anything she does in life! I had a big reason for this promise.

The blazing heat of the July sun hammered the little league field where my baseball team was locked in a tie with our cross-town rivals, the Red Devils. As we entered the top of the 6th our coach pointed in my direction and said, “Berry…take third base!” I had only played third base in practice, never in an actual game, although it was a coveted position. My hero, Chris Sabo, from the Cincinnati Reds, played third base.

The pressure was on but I grabbed my glove and trotted to third. After the inning was over I trudged back to the dugout, defeated. I had committed 3 errors that turned into runs. The Red Devils took the lead and later would end up winning the game. Sitting on the bench in the dugout, tears the size of marbles began to drip from my eyelids. The coach did what he could to encourage me but it was no use. I had failed my team. As he patted my head and walked away I felt a hand gently rest on my right shoulder. It was my dad. He looked at me with an encouraging look, though he said nothing.

His presence and the reassurance in his eye gave me strength. On the drive home all he said was, “You did good Michael. You’ll do better next time.” You did good. Those words echoed in my mind. That’s all I needed to hear to find the strength to go back out and play the next game, and the game after that!

My heart was fragile that day and my dad knew it. Though he wasn’t the kind to pass out warm, fuzzy affection freely, he genuinely cared that I was broken. He cared enough to encourage me and cheer for me. He wasn’t critical of my errors. In fact, all through my years playing baseball he never criticized my mistakes or tried to teach me the correct way to field a grounder. He left that to my coaches.

It’s why I’ve never criticize my children when they miss a cue on stage, let a goal slip by, or strike out to end the inning. Frankly, those mistakes have little to do with character-building. Some parents would argue they do, and that by teaching kids the right way to swing a bat, stop a shot at the goal, or hit the right note, you’re teaching them character. Wrong! You teach your kids character when you pat their back, encourage their hearts, and push them to keep their head up and try again after they fail!

Atta-boys and atta-girls do more to build inner-strength in a child’s heart than lectures or instruction do. To be honest, I don’t get parents who lecture or instruct unsolicited when their child has failed. And I certainly don’t get stage parents who push and push their children. It’s the joy of my heart to cheer for my children, through good times and bad.

Cheering in the good times.

We love to go wild when they score a point, win an award, or achieve a milestone. We don’t care if it annoys others around us and we certainly don’t care about methodology or technique. We ignore the “Please hold your applause “rules of graduation ceremonies. We’re waiting off-stage to high-five our daughter during her musicals even if she doesn’t have a lead-role.

As far as we’re concerned, life is too short to not do this.

Do we challenge our kids to do their best and set high goals, even when it’s hard or defeating? Absolutely. But cheer loudly, we do, and we make no apologies about it.

Cheering in the bad times.

We’re there for them when they fail, when things do not go their way, when they’re defeated. We still believe in them. There’s no way we could do anything else. It’s of utmost importance that our children know they’re believed in even when they’re behind in the count.

This past weekend we visited our son at the boarding school he attends in Missouri. He’s there because of behavior issues and will be for another 10 months. We took a van-load of family to visit him. We believe in our son and so do so many others. We’re cheering him on, even though poor choices led him to this place. He’s doing so great. Growing everyday, and we couldn’t be more grateful!

There were several other families there for the same reason. While their sons made terrible choices to arrive there, they believe in them, and they’re cheering for them. Not a parent in the meeting room yesterday had a negative word to say about their son. Every syllable was encouraging, empowering, and loving. This is the kind of stuff that will change the world. We have this power as parents. When we choose to cheer for, encourage, and invest in our kids, through good times and bad, we shape the future.

Do you cheer for your kids? How has it made an impact on them?