The Lonely Battle Of Special Needs 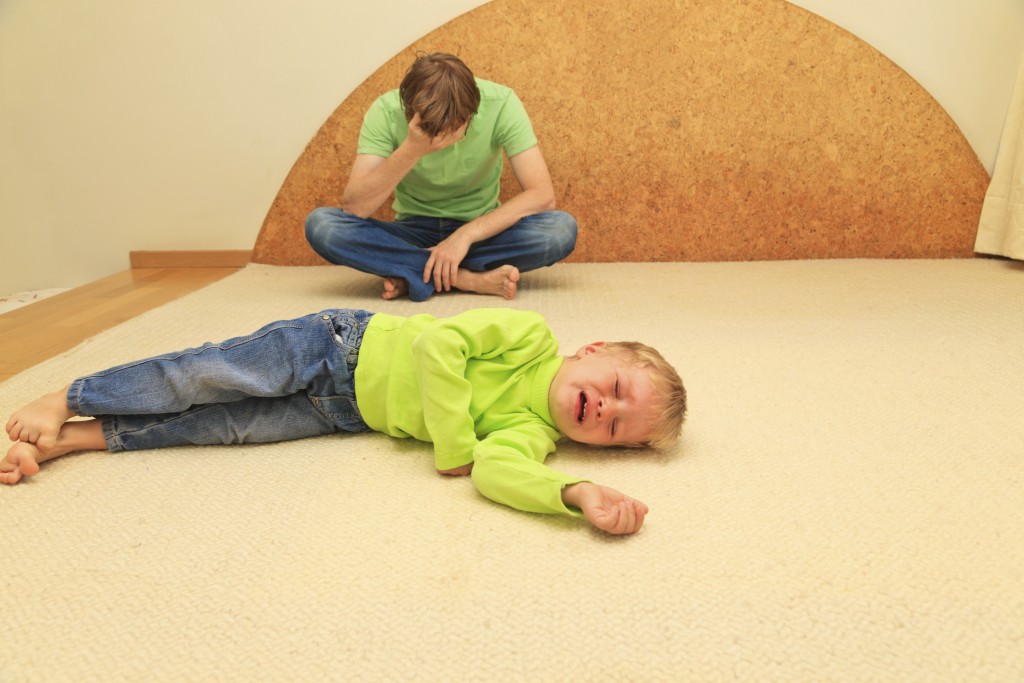 Raising children with special needs can be an unending battle. You love your kids, but being "on" 24-7 takes it's toll on you. The question is, how do you find strength to face another day when you're at the end of your rope?

Like a spin-cycle set on the top speed, those words flashed through my mind all at once. The other kids on the team had accepted the position the coach assigned to them. Joey grinned as he trotted to first base. It wasn’t his ideal position, and certainly not his favorite, but he accepted it because that’s what normal kids do. Same with Trent. He was small for his age and catcher really wasn’t the best position, especially since he couldn’t throw the ball past the pitchers mound, but he complied all the same.

Then there was my son, who stood in center field, stomping his feet, throwing his glove and refusing to play, in his words, ‘that stupid position.’ He wanted to play shortstop. He thought he deserved to be at shortstop. The game nearly had to be delayed while I coaxed him until he trudged to center field.

The assistant coach stared at me with a haughty, judgmental look. I could hear his thoughts echo in my mind. “What’s wrong with your kid? Why can’t you get control of him?” Or worse, “He’s just a kid. Why are you so harsh?”

I fought the urge to say something, explain his behavior, or make excuses. Really though, what was I going to say? “You see he was adopted through foster care and………..” no that wouldn’t work. “He experienced trauma before and after he was born and…….” no, not that one either. “You see, it’s tough to raise a child with a disorder like this because……” nope, just more judgement if I said that!

It was a day I’ll never forget because, although there were a hundred or so parents and siblings gathered for the game, I had never felt more alone.

Been There, Done That.

If you’re raising a child with special needs you probably identify with that scenario. If your child suffers from a disorder like FASD (Fetal Alcohol Spectrum Disorder), or Reactive Attachment Disorder, you especially identify. You might even say, “Yep..been there, done that!” You understand the defeat of trying to get your child to cooperate in the middle of a tantrum. You’ve experienced the struggle of being in a public place while your child acts out, throws a tantrum, screams obscenities, or destroys personal property.

Perhaps you’re fostering a child who has gone through significant trauma and it’s caused them to struggle with healthy attachment. You may even find it difficult to face another day because your strength is sucked dry and you’re ready to quit!

We’re right there with you. We understand completely and we want you to know something….you’re not alone!

Not Alone, No Matter What!

Let me say that again: You are not alone. Regardless of your child’s story, the embarrassment you’ve walked through in your neighborhood, the painful moments of trying to explain your child’s behavior, or the awful parent you think you are for wanting to quit, you are not alone. No matter what, we are standing by you because we’ve been there too.

We’ve had teachers tell us that we “just need to parent with more structure,” or “use a behavior chart like she does at school.” (Can we just agree that we’d all like to set fire to the behavior charts?) We’ve stood helplessly on the side of the road while a police officer asks in a demeaning tone, “Well can’t you control your son? I have 3 sons and my wife has no problem controlling them!” We’ve had case managers make judgement calls on our family because they failed to understand the severity of fetal alcohol spectrum disorder, attachment issues, extreme trauma, and the reality of this journey.

We understand every tear that drips from your eyes. We know what it’s like to feel done, be at the end of your rope, or think thoughts you never thought you would think when you became a parent. Raising children with autism, brain damage, fetal alcohol spectrum disorder, down syndrome, reactive attachment disorder and many others, is an unending battle at times. It’s a battle with your child, for your child, with your school, with professionals, with neighbors, and sometimes even with close friends and family.

There’s a way to find strength, even when you feel too weak to go on!

The Strength You Need.

Sometimes all the strength you need to face another day, is in finding out you’re not alone. There’s incredible healing power in discovering this truth. In fact, it can be more powerful than any seminar, book, or podcast could provide. We’ve found this strength. It’s precisely why we believe so heavily in support communities and leaning on others who are going through the same struggles in raising children with special needs.

Tell us about you. Share your story with us. Send us an email or leave us a comment on our Facebook page and tell us about the struggles you’ve gone through. We make it a point to respond to every comment, Facebook post, tweet or email. Let’s talk about your situation and find strength together. There’s hope in “together.”

Are you in the trenches of raising a child with special needs? Share your story with us.