The Other Voices In Your Child’s Life 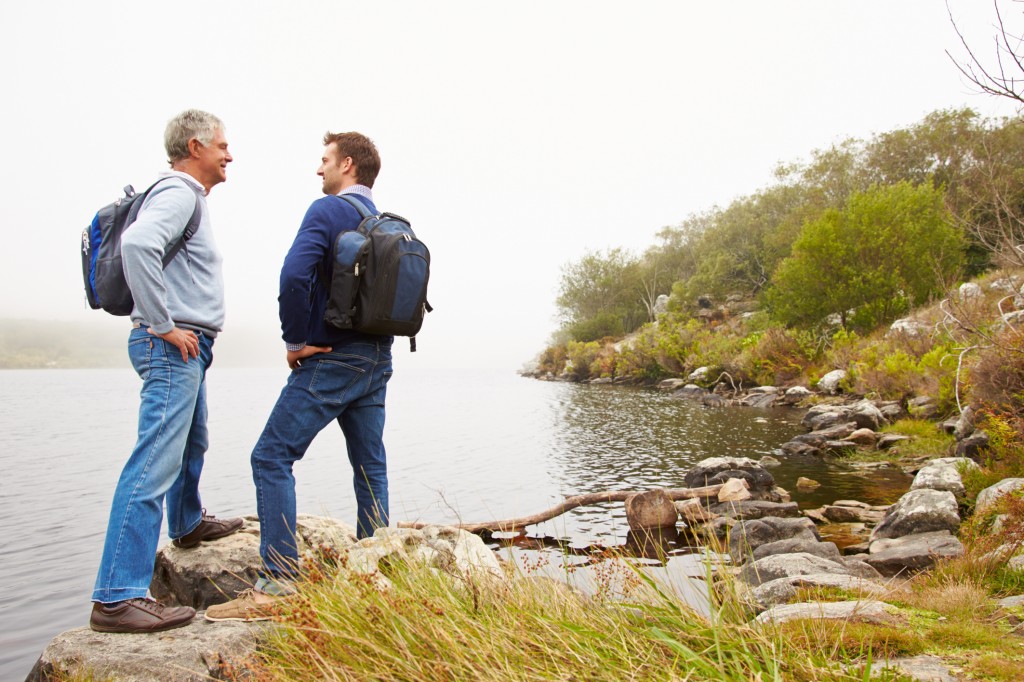 Every now and then, when I least expect it, I receive a text, an email, a Tweet, or a Facebook comment that leaves me speechless. The other day that happened.

It was a normal, fairly productive day, for the most part. The summer sun was up and shining bright, we had crossed off errands from our list, and we even bought a new sofa for a much lower price than we expected. A win as far as we were concerned. Honestly, for the past few weeks we’ve been adjusting to our special summer schedule, where my wife works in the morning while I’m home with our kids, then we flip flop in the afternoon.

To begin my afternoon of work I consistently hit the gym first for a good workout. Before you get the idea that I do this to look good or bulk up, let me stop you. I do this to stay alive longer, plain and simple. There’s zero glamour or vanity involved. Take my word for it.

My afternoon workout had begun when suddenly my phone dinged. An email. I almost ignored it. I was trying to stay focused on exercise. But, I usually do not ignore email in the middle of the day so I tapped the bottom of my phone’s screen and opened up my inbox. The first email to appear was from one of my oldest son’s mentors. I should clarify that my son does not live with us currently. He lives at a boarding school in another state. It’s been a difficult road to walk for him and our family, but he’s growing and that’s the most important thing as far as we’re concerned. However, this email had to do with some recent choices he made and the consequences he was now facing.

His mentors spoke truth to him. They were frank and to the point, much more than in the past. As I read his email account, line by line, suddenly I paused. It was as if the words he typed jumped off my phone’s screen and into my heart.

“We told him we loved him, but we are speaking to the man inside of him.”

Those words still echo in my mind as if I were standing in a canyon listening to voices from afar. We are speaking to the man inside of him. Wow! My friends, this is just the type of voice, along with mine, that I want speaking into my son’s life.

Make wide the circle of influence.

The reason is that I’m not the only voice of influence speaking to him. There will always be others. Coaches, mentors, small group leaders, teachers, family friends, uncles, grandfathers, the list goes on and on. He looks up to so many other men besides me and that’s a good thing. Quite frankly, I wouldn’t have it any other way.

I want the circle of influence in my son’s life, along with all his brothers and sisters, to be as wide as the Grand Canyon. I want it to include as many other positive voices as possible. If I believe that my wife and I are the only voices of influence speaking to our children, leading them, and teaching them how to live in this world, we deceive ourselves. That’s a foolish way to parent.

I’m eternally grateful for the two men who love my son enough to challenge the man inside of him. To call that man out. To expect him and push him to be a better person every day he’s alive. I couldn’t type an email back to his mentor fast enough. In it, I wrote, Wow! Simply wow. ‘We are speaking to the man inside of him.’ That is one of the most powerful statements I’ve read in quite some time. You just inspired a new blog post. We are grateful for your influence, for approaching him this way, and having that kind of focus. Thank you a million times over! ~ Mike

The beauty of this is that you’ll see the dividends pay off down the road, when your child is a leader and influencer in another child’s life. Believe me, nothing is more rewarding than seeing this unfold. I’ve stood by grown men, crying like a baby, as they watched their son step out onto a stage to preach, or inspire a crowd. Kristin has walked next to grandmothers who credit the character of a coach or a mentor for their granddaughter turning out to be the leader she is. I’ve even been the recipient of the gratitude of a father, thankful for the investment I made in his son’s life.

You have no idea how other voices will change your child for the better. You can be certain, however, that they will if you willingly invite them in and widen the circle of influence in their life. It changes your son. It changes your daughter. It changes you. It even changes the future as we know it!

How are you actively widening the circle of influence as your child’s parent? Share your story with us!