We Made Our Son Clean Up His Mess. 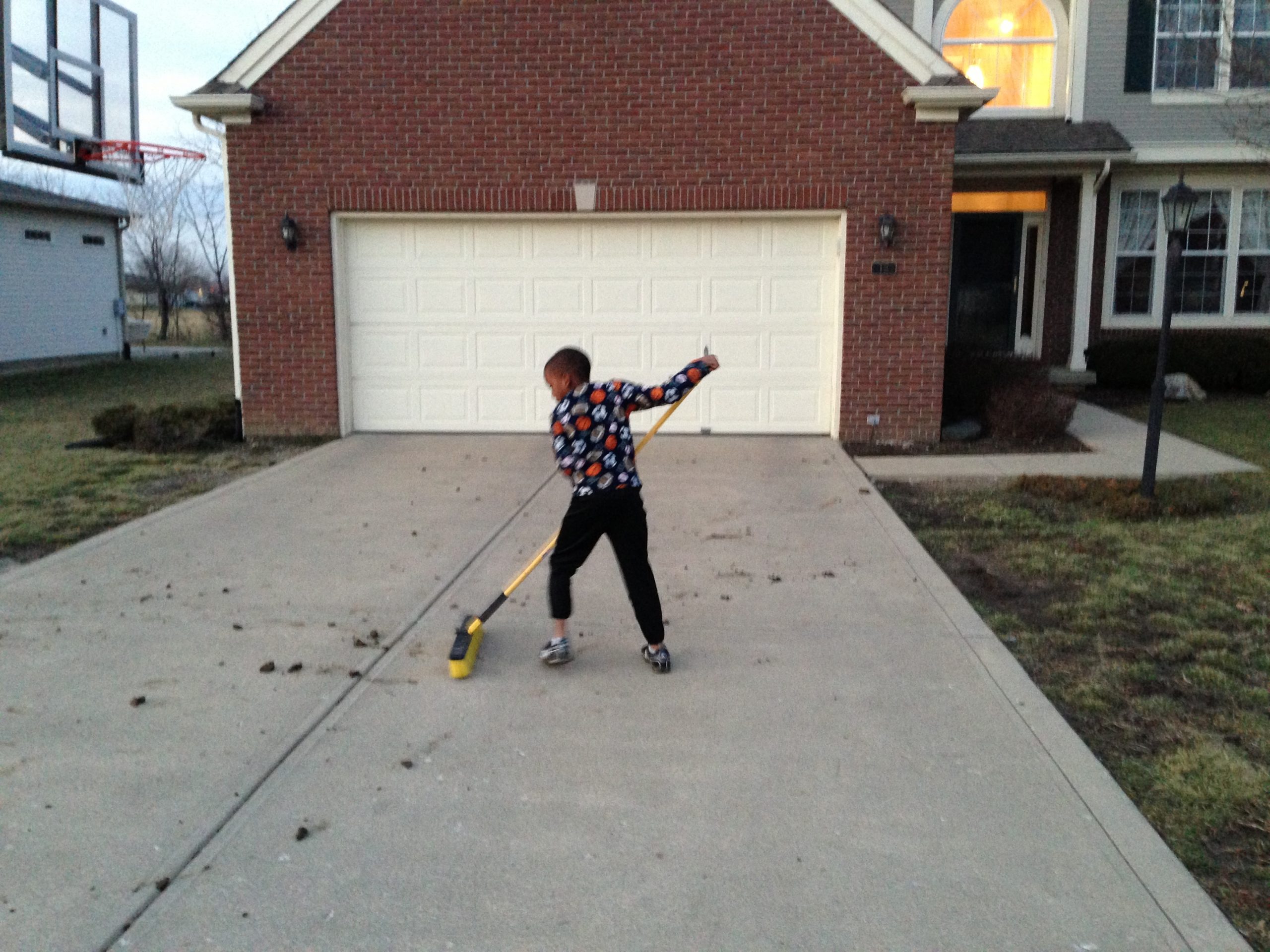 I will never forget that day.

I believe I was 5, maybe 6-years old at the time. My mother had taken me to the grocery store with her. As we perused the isles, filling up our cart with the necessities like milk and eggs, my young eyes landed on something that I wanted. A glowing yellow pack of M&M’s.

Long story short, I picked it up, shoved it in my pocket, and went on my way. Stolen!

To this day, 30+ years later, I have never stolen another item. You see, my mother chose to do that for one reason: it was the right thing to do. She didn’t want to raise a son who lacked character, integrity, or honesty. She determined early on that if I were going to make a bad choice, such as the one I made that afternoon in the grocery store, then I would suffer the pain and embarrassment of having to confess and repent. The pain of going through that would weigh much less than the pain of regret, shame, or extended consequences. On a larger scale, it was about living with integrity and character.

That’s precisely why we made our son clean up his mess the other night.

It had been a beautiful, sunny day. One of those days in the dead of winter that shouldn’t be- 58 degrees, not a cloud in the sky, light breeze, mild air. Gorgeous!

My son had been outside with neighborhood kids playing basketball all afternoon. They were shooting around on a hoop belonging to a family down the street who were not home at the time. Because it was one of those days, post snow, that was unseasonably warm, they had gotten mud on their shoes. A lot of mud. So much so that when they ran across the neighbor’s driveway, they left large chunks behind (see picture above).

As we sat down to dinner that night my son told us what had happened. My wife asked him if he had cleaned up the mess he had made. He responded, “Well Jonathan also made the mess.” My wife replied, “I’m not asking if Jonathan cleaned up his mess, I’m asking if you cleaned yours up.”

My son admitted that he hadn’t.

So he and I got up from the dinner table, grabbed my push broom from the garage, and headed down the street where he spent 20 minutes pushing off the clumps of mud he had left behind. (I captured his work in the picture above).

That was the right thing to do. We want our children to have integrity. Our goal is to teach character. We didn’t care that there were other children playing basketball, we cared that our child was playing basketball. We didn’t care that other children were responsible for leaving a mess. We cared that our child had left a mess. We could not speak for other parents or their parenting beliefs, we could only speak for our parenting beliefs. And our belief is that, to the best of our ability, our children will be taught integrity, honesty, and character. In our opinion the little things, like cleaning up clumps of mud on a neighbor’s driveway, count towards this in a huge way.

I’m not trying to one-up anybody, or toot our parenting horn here. Truth is, there are a lot of things that we are still figuring out on this journey we call parenthood. We’ve failed miserably at times. But we’ve decided that, in a world suffering from a serious lack of integrity, honesty and character, we’re going to raise our children to have some. Even if it’s painful.

How about you? Do you agree/disagree? What other means are you taking to raise your child in ways that you believe are right?