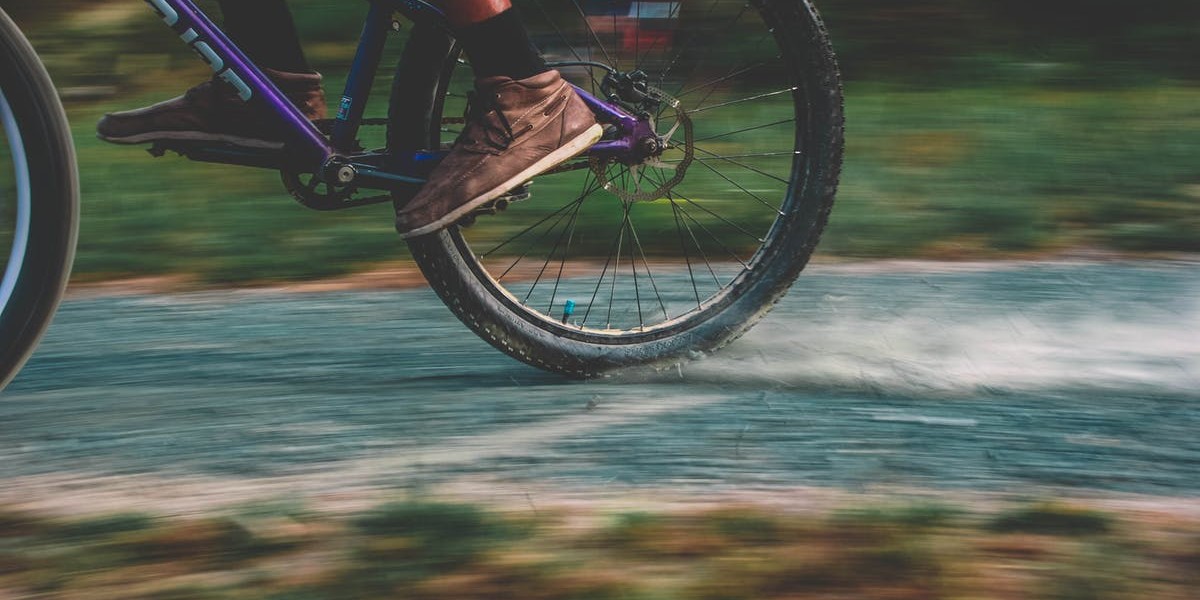 Fear is a powerful emotion. We know what it feels like to be afraid of something, but we often gloss over the way fear controls our lives and most importantly, our children's lives.

Everyone said it would happen. I didn’t believe them.  Not that I would be gone too soon or anything. Just thought I’d have a life-long hover between my 20s and 30s. Yet surprise, surprise, I hit the 40s. And what they said would happen…did.

For starters, it takes my eyes longer to focus. And worse, my knees hurt! They hurt in the morning. They hurt when I walk down the stairs. Carrying a load of laundry up the stairs….OUCH. And they’re noisy too. Lots of crunching going on down there.

I blame my children for this. Not the 40s part, but the pain part. I have pushed not 1, but 2 sets of children for countless miles in a double jogger. Up ginormous hills. And then down holding on with a fisted grip and safety strap wrapped tightly around my hands, adding a lot of pressure to my knees. For years. So, yeah. It’s all their fault.

At the recommendation of a doctor, I got a bike. And then I started riding the bike up and down the same hills I had been running.

I eventually got the technique. I knew when to sit low and peddle hard and use my breaks. So why was I still falling?

Every time I came on the turn, or the hill of my last fall, I tensed. Because I just knew I was going to do it again. I visualized the fall. I felt the fear. No matter how hard I tried NOT to fall, I fell.

What was going on with me?

My last fall left me so shaken, I came home, threw my helmet, game my bike a hard shove and declared to my husband, working in the garage, that I was done. “I quit! I’m never riding that bike again!” And so I didn’t for a week. And then someone stole my bike right out of the garage. Jerks.

But that’s beside the point. I had fully intended NOT to partake in such a terrible experience again. Bad knees or not, at least I wasn’t putting my life in danger by running.

I threw a tantrum. I was MAD! Mad at the bike. Mad at the hill. Mad at myself. Mad at my husband for buying the bike. Mad at the doctor for risking my life by giving such terrible advice. And I was mad for a long time. I would lace up and beat those same trails with my what feels like broken knees. And I fumed as I ran. I could still imagine falling. I could still FEEL the fall. And I was STILL mad at all the people who “caused me to fall and be a failure.” Irrational blame and thoughts. Admitted. But my feelings were very real.

And one day I asked myself, “Why?”

Why did I keep falling? And why am I so mad? Still. And why am I placing blame on someone who’s not at fault?

I also think a lot of other things while I’m out there. Whatever details of the morning went down with my kids. And why my kids behave terribly every single time in a particular environment. Why? No matter how many times we’ve hung out with these people, my son acts like a bully. No matter how many weeks we attend the same event, he can’t handle it.

And as I panted heavier leading up to that same hill, it came to me.

We are both afraid. We’ve had bad experiences in the same location. With the same people. And so every time the same location and people are there, we get fearful. And we tense. And we tell ourselves, we’re going to fail. And our brains can’t take the pressure. So we do.

And then we quit trying. Because it’s just too much. Why bother?

Fear is THAT powerful.

It was a victory recognizing that it was fear and calling it so. Because it’s not me. I’m not a failure.

My son is not a failure.

It had been a long time since I have felt that kind of fear that I was repeatedly experiencing that caused me to not be able to remember how to use the skills I had learned or to even think clearly at all with the anticipation. And having done so, I have more compassion for my son now. He can’t recall how to use his coping skills either. He can’t think clearly either.

I might not ever ride again up those hills (at least not on that bike!) But we must not quit with our kids. We need new connections in our brain with those same obstacles. Not once, but repeatedly. Bad behavior does not equal bad children. Bad behavior is from fearful children. Identify it. And conquer it.

How has fear played a part in holding you back? How has it played out in your children’s lives or their behavior?