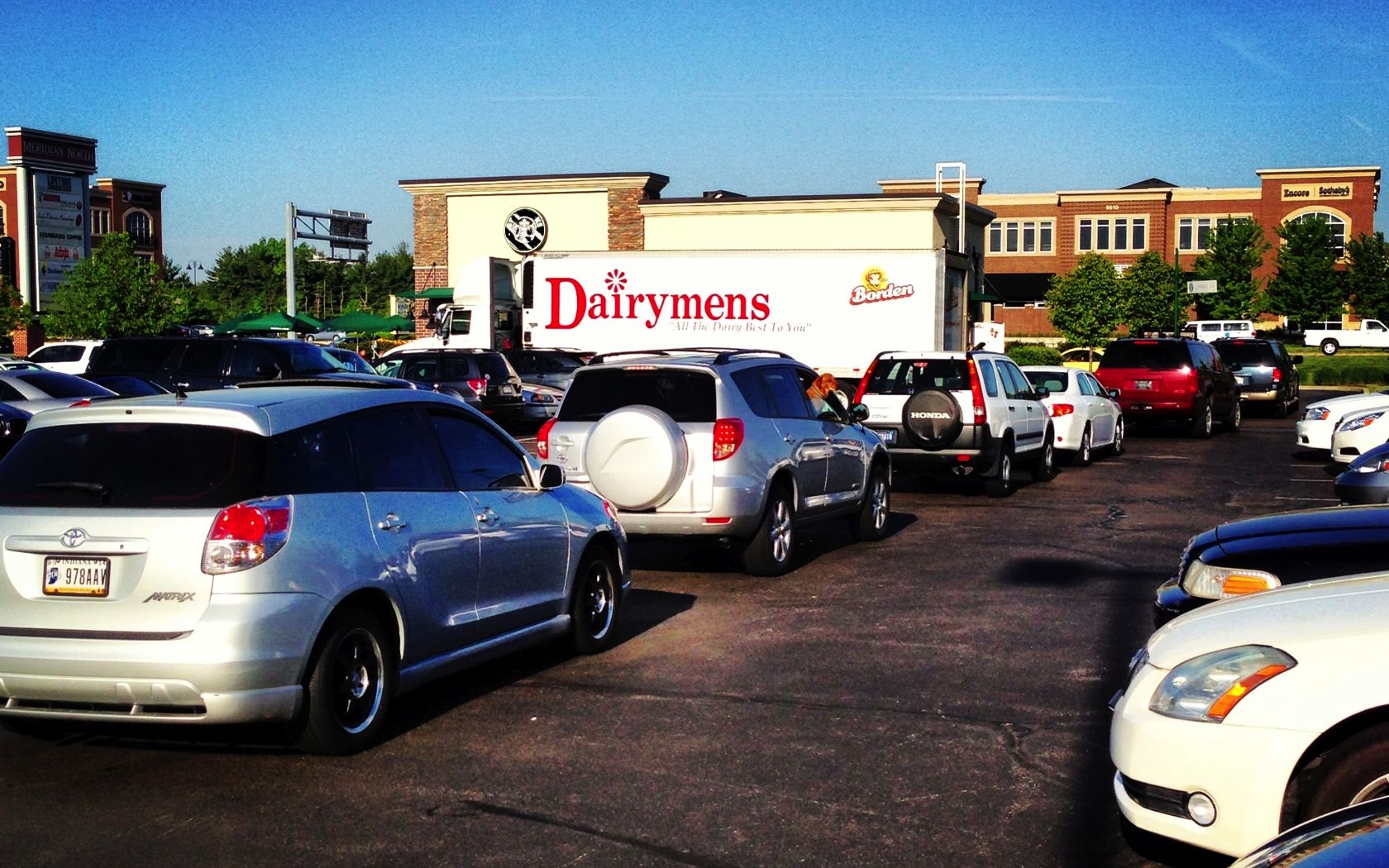 Forget reality television! If you've spent any time hanging around the parent drop-off line at your local elementary school lately, that's all the entertainment you need. At least it is in ours. There's so much to see, laugh at, and tweet about.

School has been out for almost a week now, but I spent the last month taking notes. Lots of them, in fact. I actually found it difficult to narrow it down into a less-than a 800 word post for this morning. I’ll try my hardest.

Here are 5 things I’ve discovered from spending time in the parent drop-off line:

1. SUV’s and mini-vans are the Lamborghini’s of suburbia.

Cue the song Riding Dirty now. Since this is suburbia, there are several parents who take the car they drive way too seriously. As if our elementary school is smack dab in the middle of Hollywood or something. It is thoroughly entertaining to watch them roll up to the elementary school each day in their SUV’s and mini-vans like they’re cruising South Beach, designer shades and all. Nothing more awesome than bouncin’ in a shiny Honda Odyssey or Toyota Sienna to drop your kid off at school. If you need a visual, picture the Swagger Wagon commercial that Toyota did a few years ago. Of course we trump all with our straight-outta-Fast-&-The-Furious-Six-12-passenger van! Beat that 2013 mini-van with doors that open on their own….BOOM!

2. Abercrombie Kids, Gap Kids & Justice have long careers ahead of them.

Going to school in suburbia is like attending a run-way fashion show in New York City (sometimes)! As I sit in my car explaining to my kids why hand-me-downs are just clothes with experience (thanks Dave Ramsey), I realize, in-spite of an economy that could go south at any point, the execs at Abercrombie Kids, Gap, Justice, and many other places will still be able to sail their yachts carefree thanks in part to our (and many other suburban schools across the good ole US of A) parent drop-off line. It’s our way of giving back.

3. Balancing your iPhone and a Starbucks latte while keeping the steering wheel straight is a sport.

I watched a mom do this as she entered the line the other day. Of course, she dawned the Nike swoosh baseball cap and designer shades as she entered. At one point she actually rested her knee on the bottom of the wheel, held her iPhone snug between her head and shoulder, and took sips of her latte. Impressive! If this were an Olympic sport she would have taken gold.

Every drop off line’s got em. That kid. You know the one: get’s out of the car before mom’s reached the actual point where you’re supposed to drop off, shouts and waves at other kids as if he’s walking the red carpet into a movie premier, ignores his mom’s parting instructions, and basically causes every other parent in the line to say a prayer of thanksgiving that he’s not their kid. (My apologies if he actually is your kid. It made for great blogging material though. Come to think of it, I might be describing one of my kids…hmmm??). I get a kick out of ‘that kid.’ My favorite part is getting held up in the line because “that” kid’s mom paces slowly along side of him, shouting instructions that he’s not listening to. Of course you could always text those instructions to him on the iPhone 5 he’s sporting!! Good grief.

5. The teachers are big fakers.

I mean, c’mon! There’s no way you can be that happy all the time, right? I’ve only spent 5 minutes driving my kids to school and I’m already about to detour to the nearest bar and hide away for the rest of the day. You’re about to spend the next 6+ hours with them and lots of clones that look (and act) just like them. But you’re smiling. What’s the catch? Did they legalize marijuana overnight or something? Are you actually high, and that’s the source of your big grin? Perhaps I need to notes from you. You’ve got a leg up on me. I guess you’re not a faker after all. In fact, I’m thankful that your spirit is up and you’re genuinely happy to see my kid. That will save him and give him a stay-of-execution (aka- time out) for at least 6 hours!! 🙂

There’s many other things I could add, but I’ll stop there. I’ve tortured the drop-off line enough for one day. How about you? Anything to add?

What are some of your observations of your local pick-up/drop off line? Do share! I’d love to hear from you.