How To Help Your Children Move To A Place Of Thriving 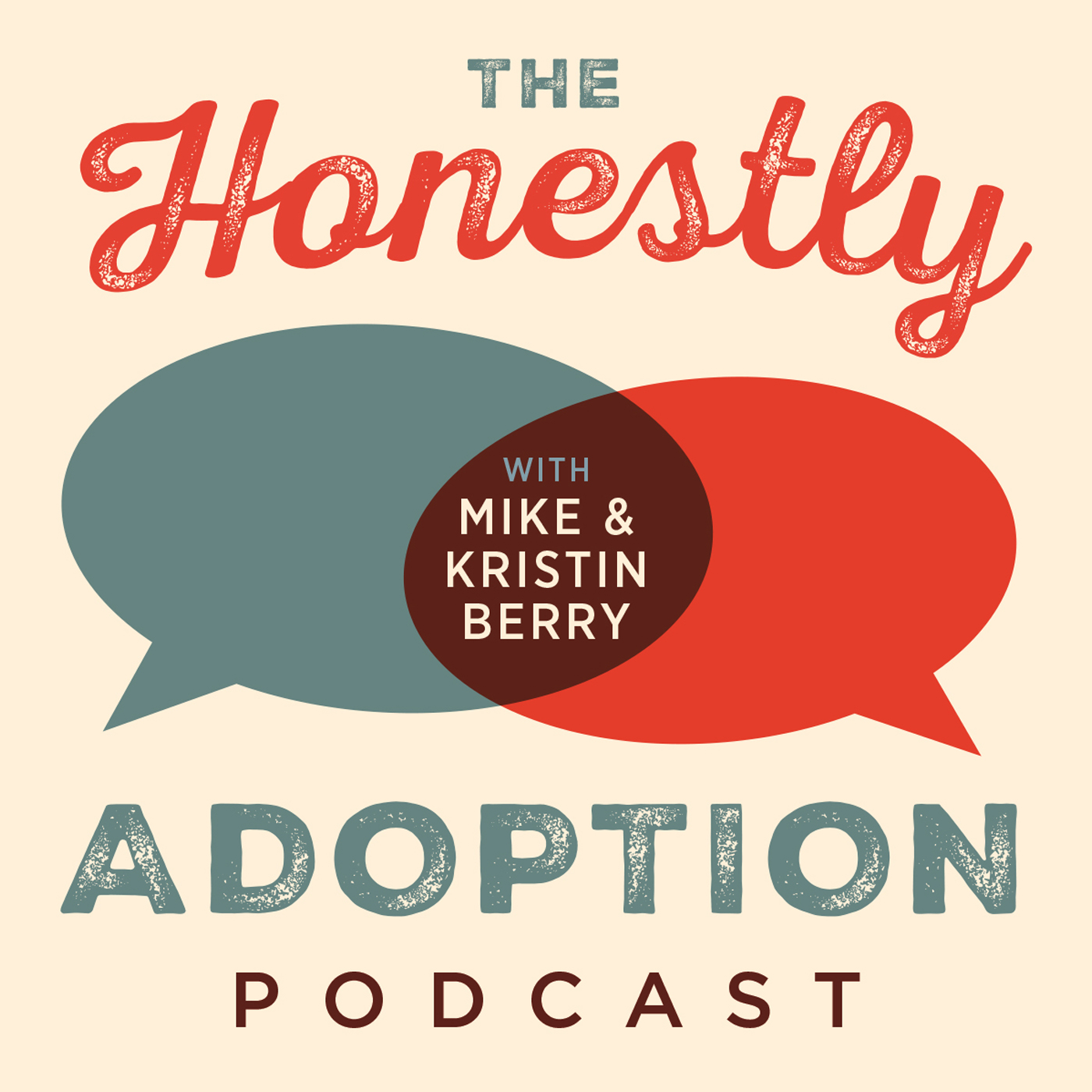 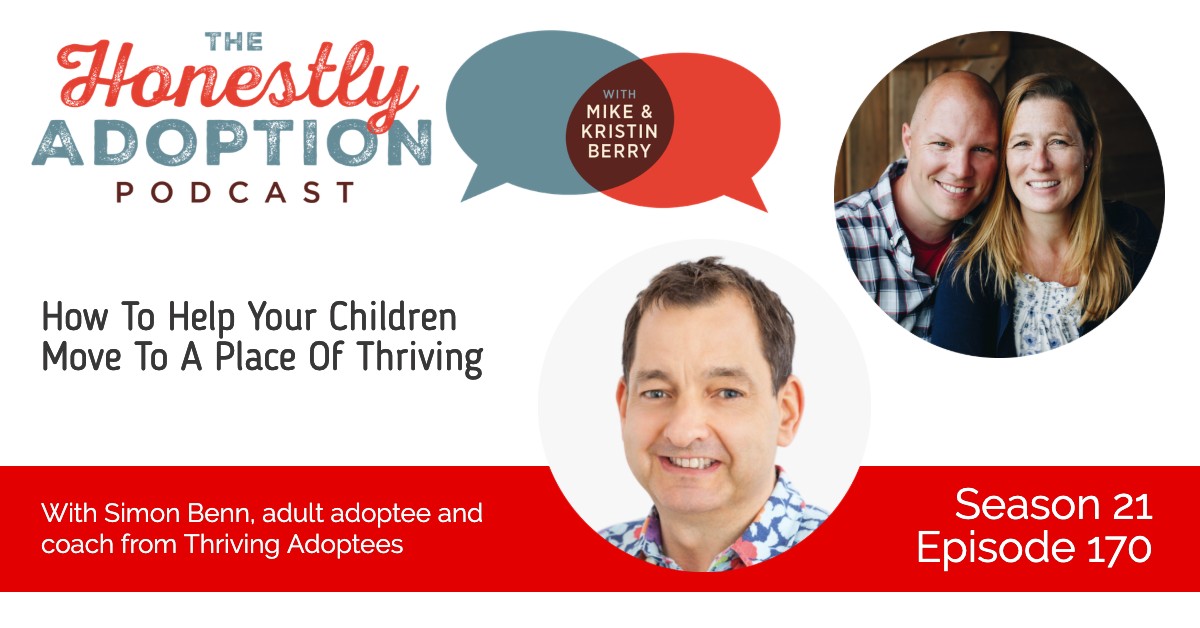 How can we help our children overcome the loss, and grief, they experience and arrive to a place where they thrive? Our guest on the latest episode of the podcast, and adult adoptee, Simon Benn has dedicated his life to helping adoptees THRIVE (as well as us...parents!). His story is moving and compelling!

A little more about Simon (in his own words)…

I was adopted at 5 weeks old and told so young I don’t ever remember not knowing. I’m pretty sure that my parents explained it through a story about a couple who fell in love, got married, bought a house and adopted a child to make their lives complete. The storybook sat on my shelf for the whole of my childhood. It seems a fantastic way to explain the past because they made adoption normal before telling me that’s exactly how I came to live with them. The adoption went well and they adopted a little girl 2 years later.

I had a happy childhood apart from some issues like bullying, and ups and downs with girlfriends. Mum and dad worked together in the family business which was the focus of attention (more like obsession) at home. I always felt destined to work there – at age 8 I was trying to recruit a classmate to work for me when I ran the business – he was a great artist and I knew we needed these for publishing.

I joined the company after university in 1989, met my wife there and took over when my parents retired in 1996. Some changes just before I took over had left the business a little weaker than previously and I struggled. My self-worth had become inextricably linked with the business and life was a rollercoaster of stress. Success proved elusive and when it came in 2007 it didn’t stop me from worrying. I found out around that time that my teddy bear I had was a gift from my birth mother. At first this struck me as a little strange but later it led me to explode with anger “She didn’t ******* love me enough to keep me – she just gave me a ******* bear as a consolation prize.”

I started looking for solutions to stopping feeling unloved and worthless – moving from business development into personal development, consciousness and practical spirituality. I found answers, put the shame behind me and was inspired – completely out of the blue – to become a coach. Talking to my coach one day I suddenly heard myself saying “I want your job, I want to help others.” I sold the old business in 2011 and have been working on this ever since. I had a couple of false starts with one huge learning – business failure doesn’t lead to death (yes I know it’s a bit melodramatic) until I started working with kids in 2013 – inspiring 1,600 8 to 11 years olds to make their dreams come true, be confident and happy and stop bullies from making them unhappy. It was incredibly rewarding and so was training parents in what I’d learned.

In 2015 a mentor told me he thought I should seek some help about adoption and I found myself reading Nancy Verrier’s The Primal Wound. I thought it explained everything about my insecurity and behavior. Carrying on my consciousness work I eventually released that believing I was wounded was profoundly disempowering and that I was whole and unscathed. Adoption had hurt my feelings, it hadn’t hurt me.

I decided to trace my birth mother, found out she had died but all the correspondence with the adoption agency – including a heart wrenching letter asking if she could buy me a teddy bear – helped me see just how much she loved me. Her love for me and giving me the best future was bigger than her desire to keep me for herself.

I’d always kept my being adopted out of my work because I didn’t want to limit the people I helped. Late in 2020 I decided to bring my adoption story into my work and concentrate on coaching adult adoptees so they can T.H.R.I.V.E.

I also work with adoptive parents so they can help their children T.H.R.I.V.E.

How to connect with Simon…

Thanks for stopping by this week!

How To Help Your Children Move To A Place Of Thriving

How can we help our children overcome the loss, and grief, they experience and arrive to a place where they thrive? Our guest on the latest episode of the podcast, and adult adoptee, Simon Benn has dedicated his life to helping adoptees THRIVE (as well as us...parents!). His story is moving and compelling!